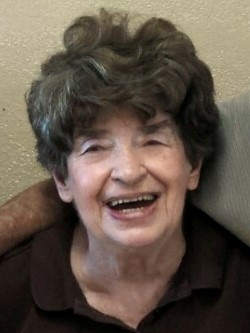 Barbara (Barb) Joan Frandle, age 84, of Austin, Minn., passed away Friday, January 8, 2021, at St. Mary’s Hospital in Rochester, Minn., with her son by her side holding her hand as she went from this world to her eternal rest.

Barb was born May 26,1936, in Albert Lea, Minn., to Albert (Al) Wacholtz and Blanche (Clark) Wacholtz. She grew up in Austin and attended St. Augustine High, now Pacelli.

After graduation, Barb moved to the Twin Cities, where she worked for Blue Cross for a few years. She eventually moved back home to Austin, where she married Robert (Bob) Frandle on May 16,1959, and welcomed their son, Troy Frandle, a year later.

Barb worked for Northwestern Bell as a phone operator for almost 25 years and loved her job and co-workers. After the Austin office closed in 1982, she found a new calling and passion – working with special needs clients at REM Woodvale in Austin. Barb had a huge heart and gave so much to her clients. It was not unusual for her to bring them home for dinners and holidays when their families didn’t visit. They were just like family to her and the rest of her family.

She was a devoted Catholic and longtime member of Queen of Angels Church. She loved her church and religion, praying decades on her rosary daily for family, friends, and the world.

Barb loved spending time with her family and grandkids making memories, which she would later reminisce about as being “the good times.” We, too, think of “the good times” and will always remember her love and her laugh.

It is with a heavy heart we say goodbye for now, as she is now in her eternal resting place. “In My Father’s house are many dwelling places; if it were not so, I would have told you; for I go to prepare a place for you.” John 14:2

She is preceded in death by her parents, her husband, and a sister, Grace Heimer.

The funeral will be held at Queen of Angels in Austin MN on Saturday June 19th. Visitation will start at 10:00 am and service will start at 11:00 am.

Due to Covid there will be no luncheon following the service.