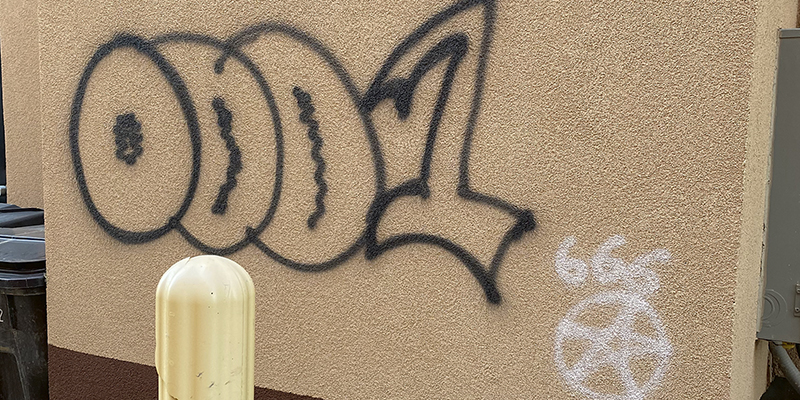 Vandalism painted on the side of a business recently. Photo provided

A 17-year-old male from Austin turned himself in to police for alleged acts of vandalism on businesses and public property throughout the town.

According to Austin Police Capt. Todd Clennon, the teen reported to the Mower County Law Enforcement Center to turn himself in after seeing a Facebook post about the graffiti. He confessed to spray painting approximately 15 businesses and public properties in town.

The teen said he observed other graffiti in town and wanted to do it as well, Clennon said. He said that over the course of about one hour during the night of June 6, he went out to spray paint buildings in town, stating that he spray painted the word “Bozo” on every building he vandalized that night. He also said he spray painted a pentagram and the number “666” on the buildings. He said he used black and silver spray paint.

The teen said he turned himself in because he felt bad about doing it after seeing the Facebook post.

Clennon said the APD is compiling data on the damage and cost of repairs in the case and will forward all reports to the Mower County Attorney’s Office for review and appropriate charges.