‘We will never forget’ 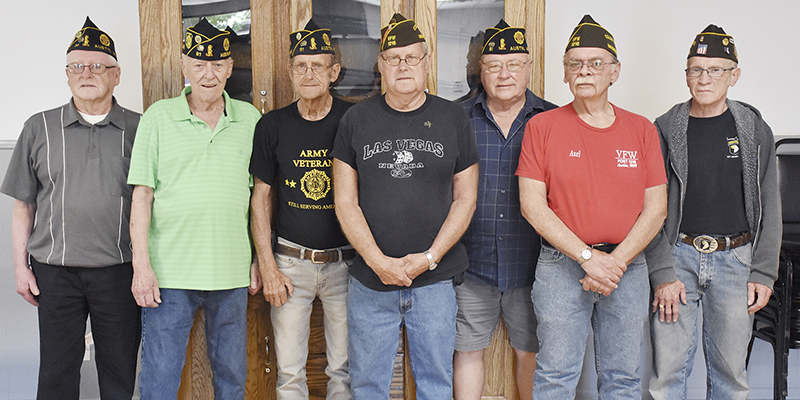 The sound of the 21-gun salute followed by the solemn playing of “Taps” by a lone bugler heralds the passing of another American veteran. They are familiar sounds at funeral homes, cemeteries and mausoleums across the country – a final farewell. They are services provided by the Honor Guard.

Members of the Honor Guard come from all military branches and various veterans organizations. Their role is to provide funeral or graveside military ceremonies for fallen veterans – a role in which they take pride.

“For me, it’s giving honor to the ones that passed away and gave their life for their country,” said Roger Reller, who served in the Navy from 1949-55 and is the longest serving Honor Guard member at the Austin American Legion, with over 60 years of service.

“It’s an honor to be in the Honor Guard because we need to let the people know that the person we’re doing the service for was a veteran and deserves the honor,” said Bill Fuller, an Army veteran who saw service in Vietnam as a medic with three different infantry units. 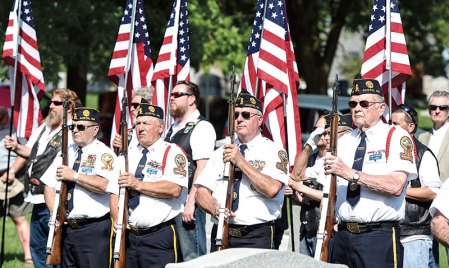 The American Legion Post No. 91 Honor Guard stands at attention during the playing of Taps during the Memorial Day program at Oakwood Cemetery in 2018. Herald file photo

“It’s an honor and a privilege to serve the veterans their final rites,” said Dwayne Wilkinson, who served in the Army from 1961-63. “I hope someone is around to do it for me, but you never know. It’s getting smaller every year.”

For some members, being a part of the Honor Guard is very personal. Rollie Hanson, an Army veteran who served with the 12th Aviation Group, said he was inspired to join after getting into a “tight spot” while in Vietnam.

“I said if I ever get out of this land alive, I’m going to do whatever I can for my fellow veterans,” he said. “I think the veterans deserve their last salute for the time they spent protecting the United States and our freedom. The Honor Guard to me is my most important thing to salute our veterans.”

For Navy veteran Axel Hansen, being a part of the Honor Guard helps him recognize his fellow Vietnam veterans.

“When I came back from Vietnam, we weren’t treated very well,” he recalled. “When you walked in (the VFW) during the Vietnam War, some of the veterans didn’t appreciate our service. Even though they had served, they didn’t feel that Vietnam was a war; they felt it was a conflict. We weren’t welcomed here. Over the years, all of that has changed as our veterans have aged. They’ve realized we all fought a war.”

“Back then (Vietnam veterans) were having difficulties being acknowledged,” he said. “I joined the VFW right after I got out of Vietnam, but things weren’t going the way I thought they should, so I tried to do a Vietnam Veterans of America group. That didn’t go over because I ended up doing all of the work, so I figured I would join an organization and see what comes of that.”

Ron Hanson, an Army combat engineer who served in Vietnam, said he joined the Honor Guard because he wanted to “give our veterans their last wish and have a 21-gun salute.”

“I think it’s very important to have an Honor Guard because they do a lot for the club, whether it’s Legion or VFW,” he said. “I think it makes more veterans more at ease when they know the Honor Guard is there.”

“It’s our privilege to be able to honor the former service members,” said Larry Krachmer, who served three years in the active Army and 28 years in the Minnesota National Guard. “We really enjoy going out and saluting them. (Deceased veterans) deserve the recognition for their service and we appreciate it.”

“If it hadn’t been for the fallen veterans, we might be speaking Japanese or German,” Reller said. “I hope everyone supports the veterans.”

For those that served in combat, being a part of the Honor Guard helps them honor friends that never came home.

“I lost friends,” Hansen said. “I had friends on different ships, such as the Forrestal when it caught fire; we lost a lot of people.”

“A lot of them gave their lives while others still have wounds from it,” Wilkinson said. “I had a brother over (in Vietnam) who got exposed to Agent Orange; he’s doing fine now.”

“The ones that are the real heroes are the ones that gave up their lives — the ultimate sacrifice for our country,” Rollie said. “We should stand behind them 100% and honor our veterans.”

“The living will watch out for the dead and we will never forget; we never leave anybody behind,” he added.

Local veterans organizations will be holding Memorial Day ceremonies at the following times and locations.