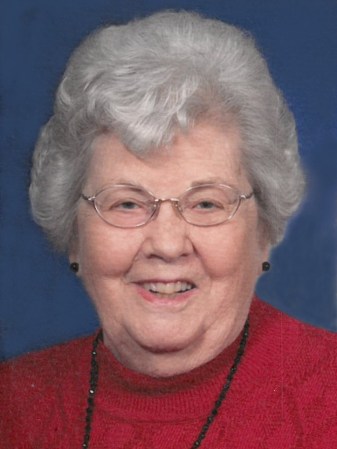 Urma M. Norland, age 91, of Austin, Minnesota, passed away on Wednesday, April 28, 2021 at Mayo Clinic Hospital Rochester, Saint Marys Campus. Urma Mae Steinbrink was born June 27, 1929 in Clifton, Wisconsin, to Francis and Gertrude (Grant) Steinbrink. At age nine, her family moved to Minnesota, eventually residing in Austin where her parents worked for Hormel. She graduated in 1947 from Austin High School. On April 30, 1949, Urma was united in marriage to Roy Norland at Grace Lutheran Church Parsonage in Austin. The couple shared nearly 72 years of marriage and together raised four children. Urma loved her role as wife, mother, grandmother, great-grandmother, and homemaker. She hosted many family celebrations and holidays, making those times special memories for her family, all while seemingly effortless. She was a member of Grace Lutheran Church, where she was active in Ladies Circle and was a Sunday School and Bible School teacher. Urma’s passion and hobby was genealogy, which took her and Roy to many places throughout the United States, Germany, England, Norway and France, tracing the Steinbrink and Norland heritage without the use of modern technology and computers. She and Roy also enjoyed traveling across the U.S., whether by bus, car, or in their motorhome.

A private family service was held on Monday, May 3, 2021 at Grace Lutheran Church in Austin. Interment was in Grandview Cemetery, Austin. In lieu of flowers, memorials can be directed to Grandview Cemetery, Grace Lutheran Church, or a charity of donor’s choice. Services are prearranged and performed by Worlein Funeral Home of Austin. Condolences may be expressed to the family online at www.worlein.com.