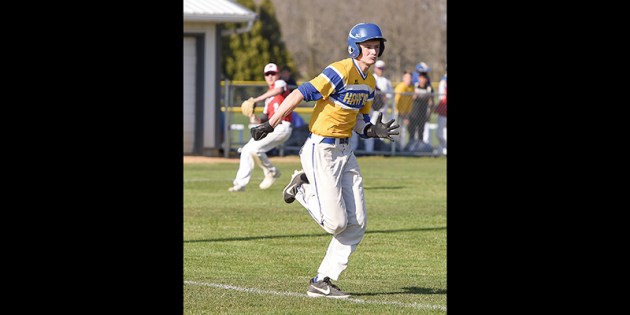 Hayfield’s Ethan Slaathaug races down the line after a bunt against New Richland-HEG Thursday in Hayfield. Eric Johnson/photodesk@austindailyherald.com 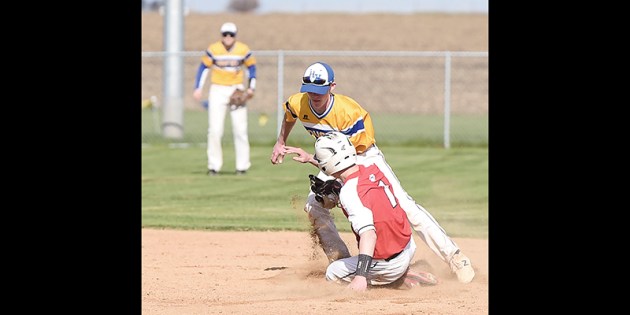 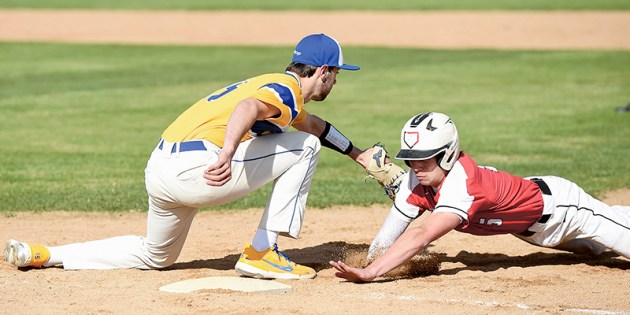 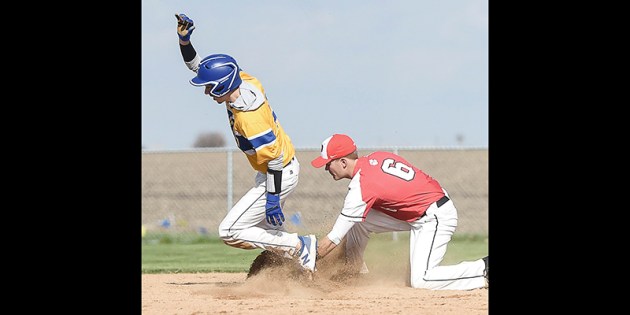 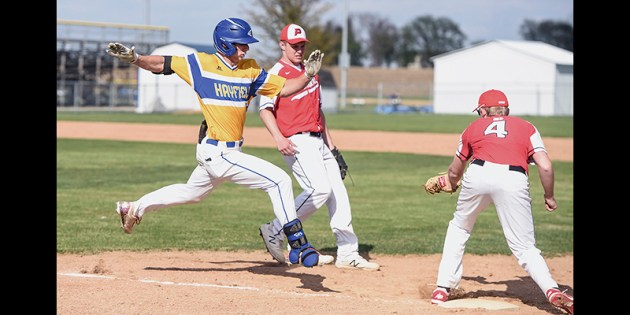 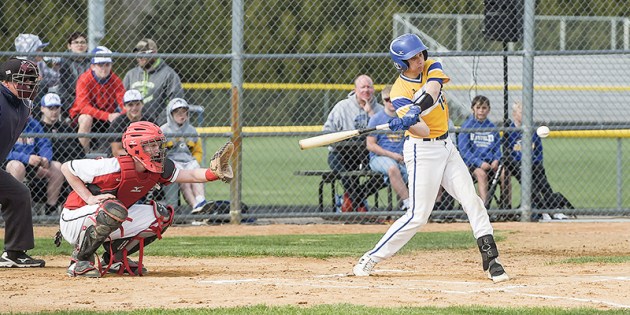 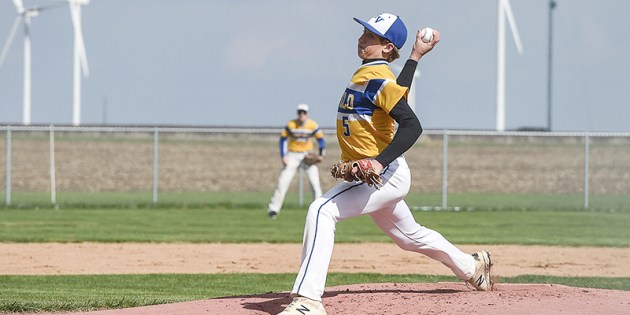 HAYFIELD — The Hayfield baseball team held an opponent to four runs or less for the sixth straight game as it beat New Richland-HEG 14-2 in five innings in Hayfield Thursday.

The Vikings (9-0 overall) have been on a role on defense as of late and a big part of that consistency has come from senior cousins Joey Tempel and Isaiah Tempel, whose homes are about as close together as their locations on the field. Joey has been a fixture at third base for Hayfield and Isaiah has been a steady presence at catcher.

“We live across the street from each other and it’s pretty awesome to be able to play together,” Joey said. “I’m always thinking about what’s next (when playing third). If a guy is a lefty or at the top of the order, he might bunt. I’m thinking of situations the whole time. If there are guys on base, I’m seeing where it’s going to go and I’m talking to everybody.”

The Panthers (3-6 overall) have scored at least seven runs in seven of their nine games this season and they are averaging 8.6 runs per game, but Hayfield pitcher Nolan Klocke was in control on Thursday, as he struck out five, while allowing just three hits and zero earned runs.

Isaiah, who picked off three runners in the win, has shown his versatility behind the plate this season, catching for pitchers of varying speeds.

“It’s definitely different when you go from a guy (like Easton Fritcher) who’s throwing 87 or 88 to a guy who is throwing in the upper 70s and low 80s,” Isaiah said. “You can tell the difference, but it’s really the same game plan. I try to frame everything as best I can and make it easy on the pitchers. It’s fun to be back there.”

The Vikings put NRHEG away with six runs in the bottom of the fourth inning. Erik Bungum crushed a three run homer to left field and Fritcher launched a two-run homer to center field in that rally.

Hayfield is currently ranked No. 1 in Class A after going to state for the first time in program history in 2019. Many of the Hayfield baseball players have already had a big reason to celebrate this season after the team won the Minnesota Class A Boys basketball state title this winter.

Isaiah and Joey, whose dads are brothers, were both members of that basketball team.

“Winning that state championship in basketball was fun and now in baseball, we have a target on our backs and we know we’re going to see everybody’s best pitcher,” Isaiah said. “You’ve got to have that mentality that you’re going to face their ace and you have to come prepared.”