Roger Boughton: Around the world and back home again 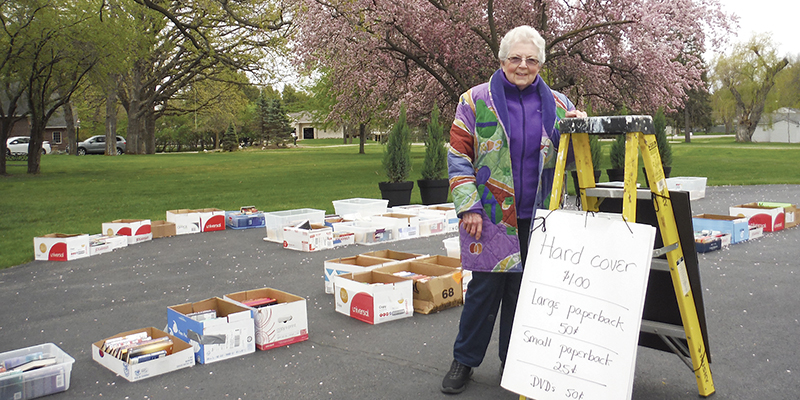 Unsung heroes are those who make a difference in the shadows of the community. They are those “special” heroes who make the non-profits hum, the charities flourish and the small businesses prosper.

You may not read about them as much in the newspapers or see them on television but you benefit from their dedication to their love of work and their ability to make their contribution to the community and their neighbor’s lives a little better.

Today, I share with you the story of a woman who returned to Austin from around the world to retire after many years living throughout the world. Peggy says it was an easy decision as Austin had everything that she and her husband Glen needed and loved which included; good neighbors and friends, an  easy to navigate small city and outstanding medical facilities nearby. She mentioned while others went south or elsewhere to retire, they chose to come back home where Austin was the center of everything that they needed or required. Of course, I am talking about Peggy Keener.

If you were out and about this past weekend to garage sales throughout the community  you must have come across a large number of books sitting out on a driveway. Yes, Peggy was having a used book sale on the driveway and in the garage of the Keener home.  She and Rose McCarthy are the co-coordinators for  the Friends of the Library and have been selling used books for the past eight years.  Peggy says that the money from her book sale will all be given to the Austin Public Library thus, contributing thousands  of dollars over the years to making Austin a better place to live, work  and raise a family.

Peggy left Austin right after high school to attend college. Her father owned a grocery store on main street called Square Deal and she didn’t see this as part of her future.  He met up with a young man in college who upon graduation joined the Army Intelligence Department as a civilian. This new adventure took them to live in Japan, Okinawa, Bali, Indonesia, Bangkok, Thailand, San Francisco, Maryland and Sidney, Australia and back to the States and eventually back home  to  Austin, Minnesota.  During this span of 30 plus years they raised three children and Peggy became an author.  Her two published books are; “ Potato in a Rice Bowl” and “Wonderful Mammaries” earning her 155-star reviews on Amazon.

During these eight years of being back in Austin Peggy has not really retired nor has she set down in her easy chair to take it easy.  She is active in the Austin Floral Club, writes a column in the Austin Daily Herald and of course is heavily involved in the Friends of the Library book sale each year which usually occurs twice a year.  Last year was unusual as there was no book sale due to the COVID pandemic. She indicated that her family through the ages has always been active in the community as her grandfather in 1920 opened a business in Austin which was the first self-serve business in the Midwest. Thank Peggy when you see her for a job well done and we are so glad that she ended up back home where she first started from some 50 years ago.