Pool looks toward opening in June 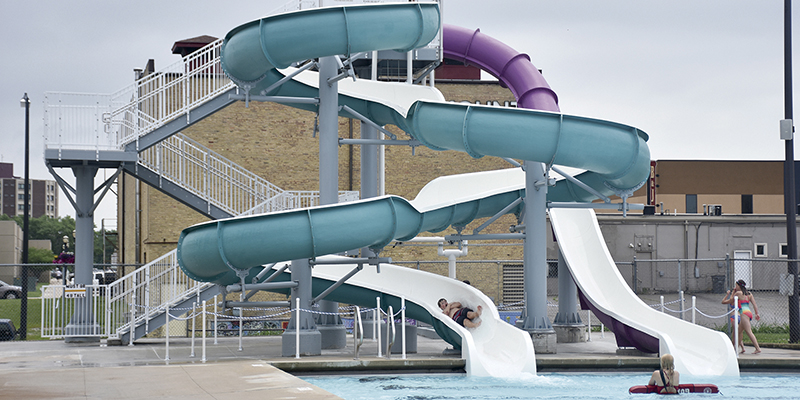 In another step to buoy our spirits this summer, it appears the Austin Municipal Pool is looking to be filled once again with plenty of splashing.

According to Austin Parks, Recreation & Forestry Director Kevin Nelson, officials are looking to once again open the pool after COVID-19 pulled the plug. The only question is, what will it look like.

Nelson said he’s been on the phone with Parks and Recreation departments in neighboring communities, including Owatonna and Kasson and so far, Austin is looking at two different routes.

“We’re looking at 50% occupancy, where we have people call in or register online for a session,” Nelson said. “The other is we would be 100% open.”

Nelson said much of this will be dependent on Gov. Tim Walz, who could be making an announcement soon in regards to occupancy levels.

Whether swimming pools will be included in this though, he’s also not holding his breath.

“I’m not super optimistic,” he said.

However, whether it’s half or all, Nelson and those working at the pool will not be opening back up in the usual ways. This time around it will have to account for social distancing and the challenges that come along with that.

“Keeping people safe and hoping people will continue to comply,” Nelson said. “One of those things we can look at, can we set out chairs? Can a 16-year-old or a 15-year-old walk out and address people if they pull chairs together? That’s an uncomfortable thing to address.”

Nelson said the pool is looking at an opening day of June 7. In the meantime the pool will be hiring lifeguards in the next few weeks and hope for some good news whenever Walz makes his decision.

“Whatever he announces, is where we will go,” Nelson said.