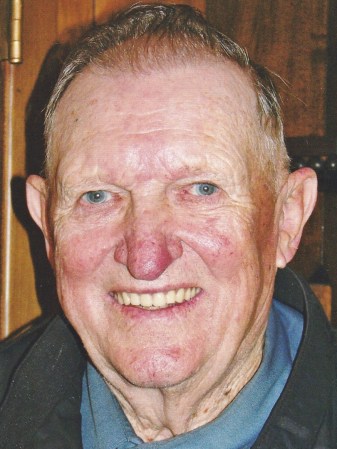 Paul Snyder was born on November 29, 1926 on a farm northeast of Austin, MN to Peter Jacob Snyder and Julia Agnes (Guiney) Snyder and was one of nine children. He attended District #68 country school through the 8th grade. In 1942, his family moved to a farm west of Grand Meadow, where he continued to farm until he retired. On June 6, 1953, he married Irene Mae Calta at Queen of Angels Church in Austin, MN and they were blessed with six children. On October 27, 1954, Paul entered the Army and served at Ft. Bliss, Texas as a Cpl. and gun crew chief. While he was in the army, he earned his GED. He was honorably discharged on July 27, 1956.

Paul was happy to serve his church, St. Finbarr’s in Grand Meadow as a church trustee, education board member, Knights of Columbus member, and, for 45 years, an usher. He served on the Creamery board, Mower County board and, for 45 years, the Grand Meadow Township board. He later worked as Bus Supervisor and bus driver for 15 years.

Visitation will be held from 4-6:30 p.m. on Thursday, May 6, 2021 at St. Finbarr Catholic Church in Grand Meadow. Rosary will be recited at 3:30. Masks are required and social distancing will be practiced. A private family service will be held with Father Marreddy Pothireddy officiating. Burial will take place in the church cemetery.

In lieu of flowers, memorials are preferred to St. Finbarr for mass offerings.