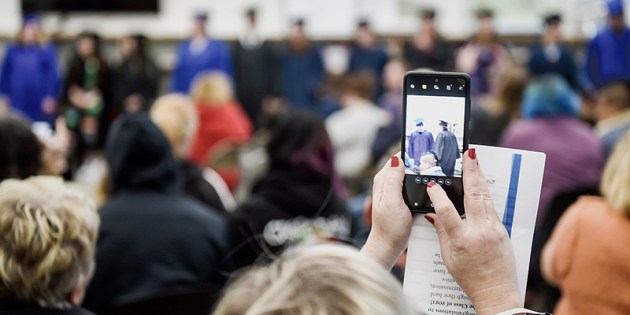 A member of the audience films graduates as they walk in for commencement exercises Friday at the Southern Minnesota Education Consortium. Eric Johnson/photodesk@austindailyherald.com 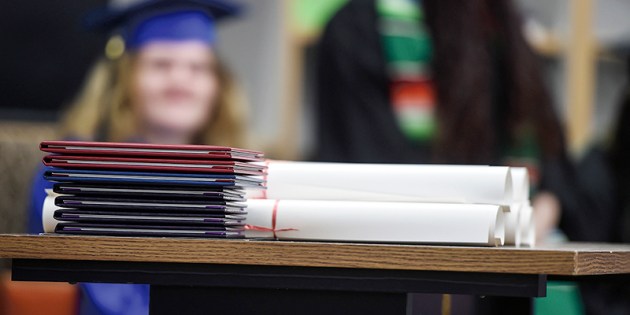 Diplomas sit out prior to being handed out during commencement at the Southern Minnesota Education Consortium Friday. Eric Johnson/photodesk@austindailyherald.com 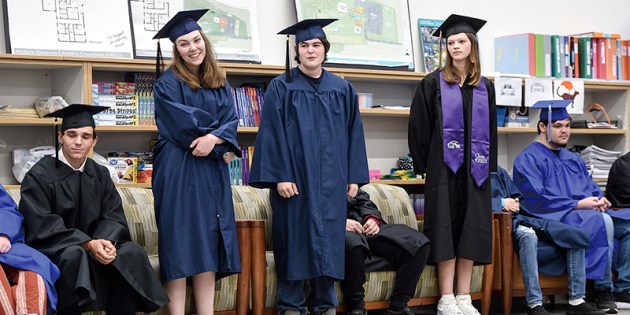 Heidi Flanders, from right, Jayson Johnson and McKenna Meyers are recognized during commencement Friday at the Southern Minnesota Education Consortium. The three are the first students to take college courses while attending SMEC and Johnson is the first to graduate college, earning a degree in carpentry from Riverland Community College. Eric Johnson/photodesk@austindailyherald.com 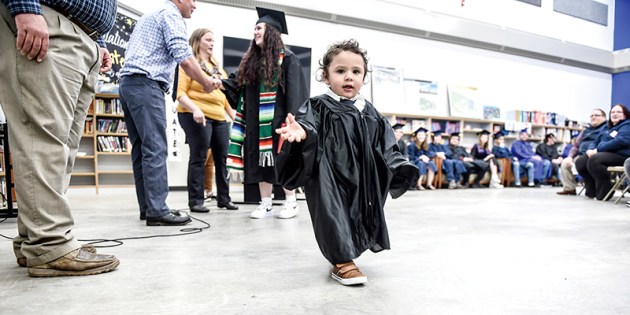 Raphael Morales Buentello heads on back to his seat as his mom, Elizabeth Buentello, receives her diploma Friday during commencement at the Southern Minnesota Education Consortium. Eric Johnson/photodesk@austindailyherald.com 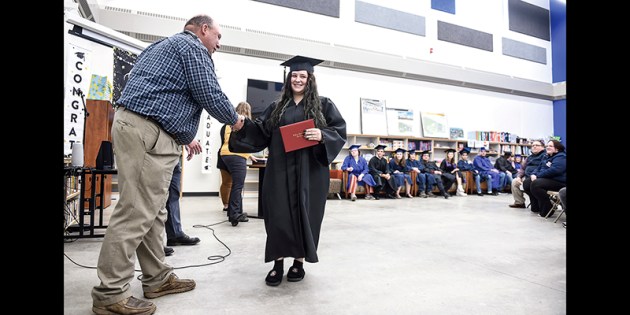 Isabel Buentello smiles after receiving her diploma as part of commencment Friday at the Southern Minnesota Education Consortium. Eric Johnson/photodesk@austindailyherald.com 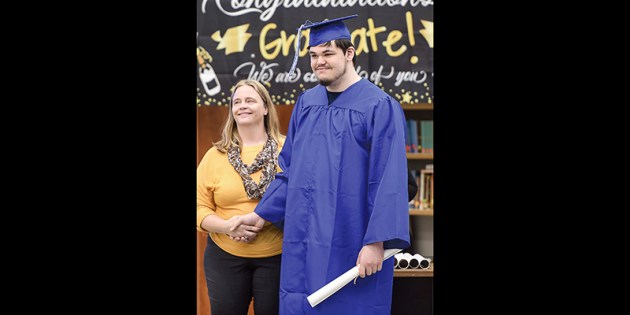 Dakoda Stepp poses for pictures with Kathy Piller after receiving his diploma Friday as part of commencement at the Southern Minnesota Education Consortium. Eric Johnson/photodesk@austindailyherald.com 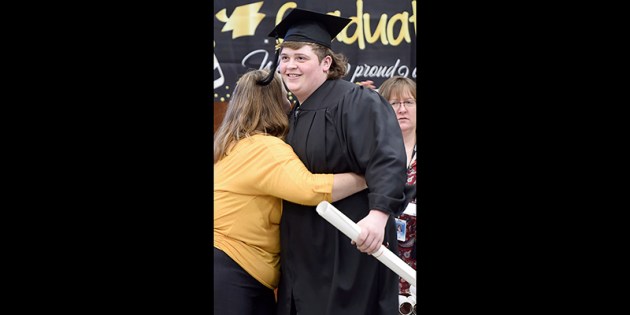 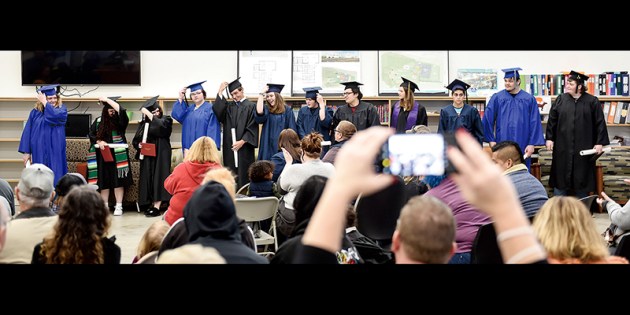 Members of the 2021 class at the Southeast Minnesota Education Consortium switch their tassles over after receiving their diplomas Friday. Eric Johnson/photodesk@austindailyherald.com 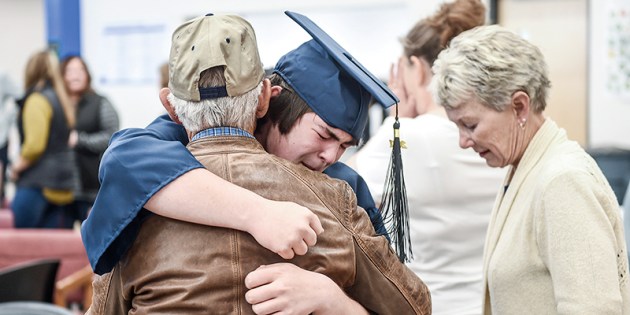 Graduation is a milestone most don’t forget, marking simultaneously both an ending and a beginning.

While it’s a memorable occasion, for ALC students the momentous milestone tends to mean a little more. It’s a mark of overcoming challenges to get to this point where the future is opened up before them.

“It’s a lot of kids that have gone through a lot of adversity to get to where they are,” said Dan Armagost, executive director of the SMEC school. “No matter the obstacle, if you put in the work you can graduate. We all stumble and have hiccups in places, but there are people and places that can help you.”

The reasons students attend SMEC are as varied as the students themselves, but they often involve adversity that many may not have to cope with.

But administration and staff at SMEC are determined to ensure that students get the education and commencement they deserve.

Jayson Johnson is an example of one of those students that has overcome obstacles in his life. Tearfully, he embraced family after the ceremony and talked about what the moment meant to him.

“It’s a huge milestone,” he said. “I went through a lot and I didn’t think I would make it this far.”

Johnson spoke candidly about his struggles that included depression and being bullied and talked openly about failing classes for consecutive years.

But in going to SMEC, Johnson found direction and eventually became the first SMEC student to not only graduate from the ALC, but from Riverland Community College at the same time, earning a degree in carpentry.

He was also one of three students, including Heidi Flanders and McKenna Meyers, to take RCC courses while attending SMEC.

The building itself proved to be an encouragement for Johnson, who was one of the students to help clean up the site before the new facility was built east of Austin along Interstate 90 three years ago.

“It’s good to graduate from the building I helped clean up,” he said with a smile.

Johnson is just one of many successful students to graduate from the ALC, which was established at SMEC five years ago.

Kathy Piller is the ALC lead at SMEC and seeing these kids reach this point has been an inspiration for her and the rest of the staff.

“We still have kids that come back,” Piller said, referring to past students who continue to visit the school. “It means the world seeing these guys succeed.”

But the rewards are for more than just the graduates. There is a chain effect down through the rest of the students.

“[It gives them] confidence,” Piller said “It makes them push themselves more.”