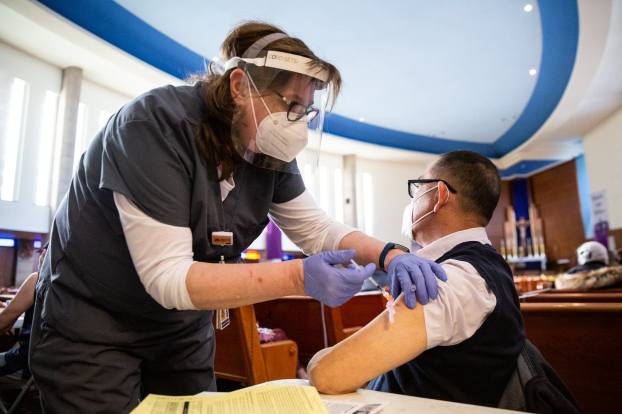 MINNEAPOLIS — Minnesota health officials are trying various strategies in an attempt to get people vaccinated and slow the spread of the coronavirus.

Volunteer physicians are working with a brewery in St. Paul on a pop-up event that rewards those who get shots with a free beer. Vaccinations are being offered in the downtown bus depot in Duluth. An Elk River clinic is offering shots to patients who are seeking help for other health care needs.

Officials are hoping the creativity pays off. Since early April, the statewide average for first doses administered has fallen from about 40,000 per day to fewer than 14,000 at the end of last week, the Star Tribune reported.

“We’re seeing a shift now from the earlier phases of vaccination, where there were folks very eager to get the vaccine and able to go to, sometimes, pretty extraordinary lengths to go find the vaccine wherever it was,” said Jan Malcolm, the state health commissioner. “Now we’re in a situation where we’ve got plenty of vaccine supply, and we need to reach those folks and make it more convenient for them.”

Minnesota Gov. Tim Walz announced the state’s indoor mask mandate will end July 1, but said it could be lifted sooner if 70% of those age 16 and older receive first doses. That would equal over 3 million people.

MINNEAPOLIS — As the Minnesota Legislature enters the last full week of its 2021 session, lawmakers face long hours of... read more