An Austin man who allegedly sold methamphetamine to a police informant made his first appearance on Thursday in Mower County District Court.

Ernesto Angel Salinas, 39, has been charged with felony first-degree drugs – sale of 17 grams or more of methamphetamine within 90 days.

According to the court complaint, detectives met with a confidential reliable informant (CRI) on Nov. 11 about purchasing methamphetamine from Salinas. The CRI and his vehicle were searched and the CRI was provided with buy money and an audio transmitter. The CRI was then monitored as he went to Salinas’s residence in the 1000 block of Seventh Avenue Northeast. Upon arrival at the location, Salinas met with the CRI and sold him 1.675 grams of methamphetamine. The CRI spoke with Salinas about buying more methamphetamine later. The CRI left the residence and met with a detective at a predetermined location and surrendered the drugs. 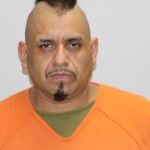 Similar purchases were arranged with Salinas on Nov. 12, 18 and 25. For each purchase, the CRI and his vehicle were searched and the CRI was provided with buy money and an audio transmitter. He was then monitored as he met with Salinas at his residence and purchased methamphetamine from him. He then met with police at predetermined locations, surrendering 6.869 grams, 6.987 grams and 6.640 grams of methamphetamine respectively.

Salinas was also charged with felony domestic assault in another case.

A review of Salinas’s criminal record shows prior convictions for drug possession, storing methamphetamine paraphernalia in the presence of a child, burglary, and assault with a dangerous weapon.

Salinas will appear in court again on May 13.