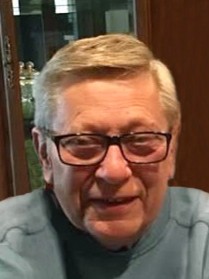 Larry Byron Mueller, age 76, of Austin, MN passed away peacefully on April 23, 2021 at St. Mary’s Hospital in Rochester, surrounded by his family. He is survived by his wife of 57 years Joyce (Murphy) Mueller; his children, Todd Mueller, Melissa (Bill) Capocasa, and Michelle Johnson; his daughter- in- law Jill Mueller; his grandchildren, Nicole and Bethany Mueller, Kaley, Bradley and Addison Capocasa, and Claudia, Ava, and Kendall Johnson; his siblings Linda (Bill) Vaith and Brian Mueller. Larry was preceded in death by his parents Byron and Nora Mueller; his in-laws Eugene and Berniece Murphy; his infant daughter Teresa; and his son Troy Mueller. Larry was known for his sarcasm, being the “jack of all trades”, and his love for gardening. He will be dearly missed by his family, especially his wife of 57 years. The family will gather privately for a burial and celebration of life at a later date.