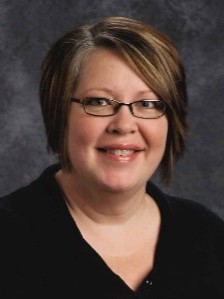 Kayla Leigh Neisen was born on July 5, 1972, in Austin, Minnesota. She was the daughter of Ronald and Mildred Kaye (Andersen) Smith. Kayla was baptized as an infant and later confirmed in her faith as a youth in May of 1986 at Crane Chapel in Austin. She was subsequently immersed in 2008 at the Dassel Church of Christ in Dassel Minnesota. She received her education in Austin and was a graduate with the Austin High School class of 1990.

On May 27, 1995, Kayla was united in marriage to William Neisen at Enger Park in Duluth, Minnesota. This marriage was blessed with two children, Carter and Ella. Kayla and William resided in Hutchinson, Minnesota. They shared 25 years of marriage.

Kayla was employed at Hutchinson Technology Incorporated, First Federal Bank, ATI Title Company, and Fresenius Dialysis Center. But her favorite job was her most recent as a lunch lady at the Hutchinson High School.

Kayla loved home improvement and decorating, and was a hobbyist collector. Her collections included Longabeger Baskets, Precious Moments, and DOT Stamps. She also enjoyed going to craft shows and flea markets. Cooking and baking were other favorite pastimes of hers, especially when entertaining family and friends, and she loved to take photos and make scrapbooks of all these good times. Furthermore, she delighted in getting manicures and pedicures with Ella and watching Carter play football.

Kayla passed away on Tuesday, April 27, 2021, at her home in Hutchinson, Minnesota, at the age of 48 years.  Blessed be her memory.

Kayla is preceded in death by her Parents, Ronald and Mildred Smith.

Arrangements by the Dobratz-Hantge Funeral Chapel in Hutchinson. Online Obituaries and Guest Book available at www.hantge.com.