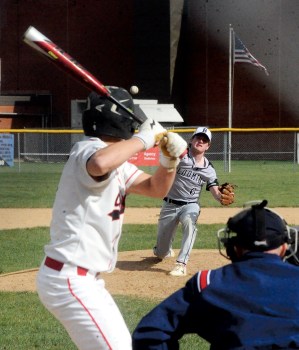 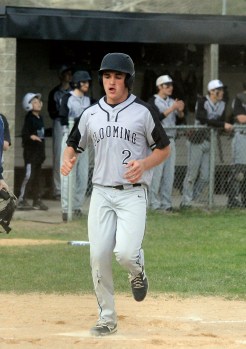 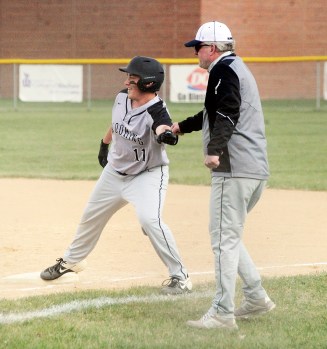 BLOOMING PRAIRIE — Blooming Prairie pitcher Luke Larkoski got in a jam to start the day, but that didn’t faze him, and neither did any of the other dilemmas he faced as the Awesome Blossoms beat Faribault Bethlehem Academy 7-5 BP Monday.

The first two FBA hitters of the day reached base, but Larkoski struck out the next two hitters and forced a ground out to escape. He ended up allowing three earned runs in six innings — with FBA leaving at least two runners on base in five of those innings.

BP (3-6 overall) committed five errors in the win, but the team never lost its cool.

“My focus was just on each better that came up. I tried not to focus on the baserunners,” Larkoseki said. “People are going to make mistakes and we just had to fight through adversity. That’s how we got out of those innings. The energy is high right now and we’ve got our mental state right.”

The Awesome Blossoms snapped a 4-4 tie in the bottom of the fifth when Alex Miller drove a two-out, two-run double to left field and Joe Pirkl doubled in another run.

“I had a couple of walks before that and I was just looking to put it in play and make something happen,” Miller said. “It was nice.”

BP scored three times in the bottom of the first when Drew Kittelson blooped an RBI single and Chris Naatz doubled in two runs. FBA (1-8 overall) with three runs in the top of the second inning.

BP has now won three of four since it underwent a two week quarantine and head coach Matt Kittelson said the team is coming together.

“Our biggest focus this year has been the mental part of the game,” Kittelson said. “That was our downfall early on. Things would go bad and we’d get down on each other and down on the umps, and things would snowball from there. To start slow today and to bounce back was big. They’re starting to get into it.”