Athletics fall one hit short of a shocker 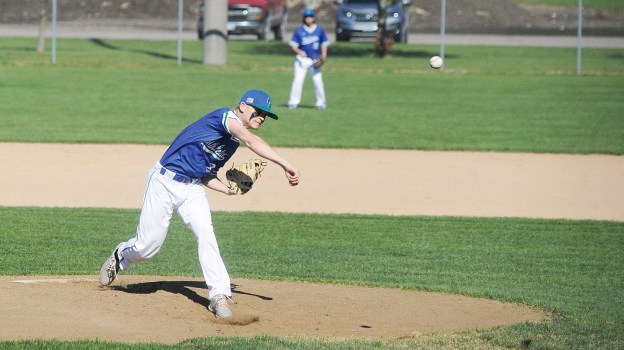 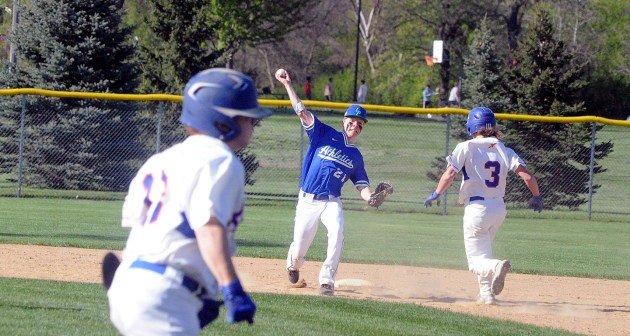 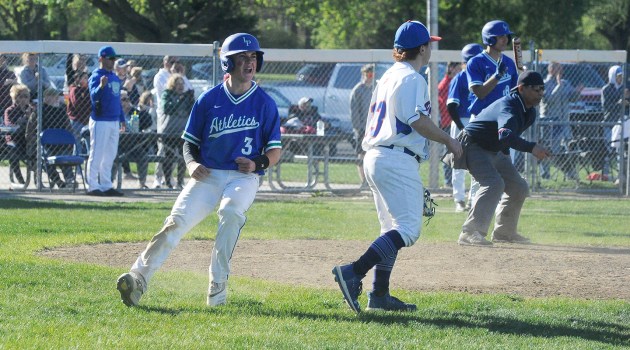 Lyle-Pacelli’s Cole Walter celebrates after scoring to tie the game in the fourth inning in Marcusen Park Friday. Rocky Hulne/sports@austindailyheradl.com 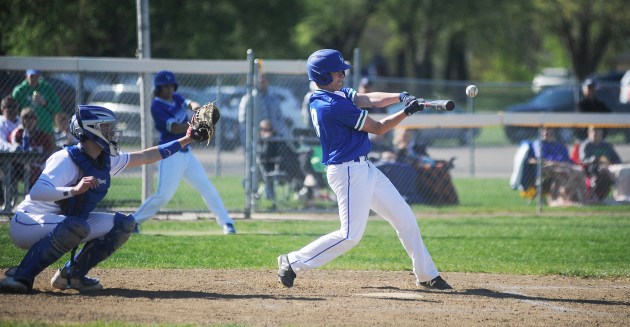 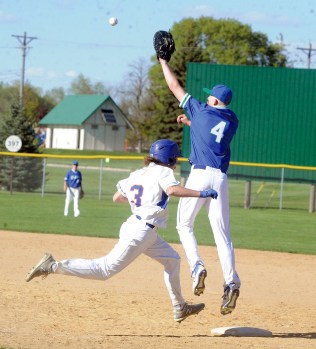 Lyle-Pacelli’s Landon Meyer leaps to make a catch at first base against Randolph in Marcusen Park Friday. Rocky Hulne/sports@austindailyherald.com

The No. 5 ranked Lyle-Pacelli baseball team didn’t win its first big test of the season, but it proved it belongs amongst the best in the state as it lost to No. 2 ranked Randolph 7-6 in Marcusen Park Friday.

The Rockets (12-0 overall) secured the win when Cole Walter grounded out to third base with the bases loaded for the final out of the game.

“We just didn’t execute in the end, but Cole is going to execute more than not in that situation. That kid made a good play at third base to cover it,” LP head coach Brock Meyer said. “Randolph is ranked second in  state for a reason. They throw strikes and they’re so hard to get out when they are hitting. They almost let you get to two strikes, then they battle and hit your mistakes. They’re a good team and they’re well coached.”

If Walter had come through, Lyle-Pacelli would have pulled off a miracle comeback in the bottom of the seventh inning. Brock VaDeer, Jayden Lewis and Landon Meyer all beat out two-out infield singles to set the table for the Athletics before Dane Schara reached on an error to score a run and Blake Klingfus drew a bases loaded walk to make it a one-run game.

The Athletics (9-1 overall) also made a big push in the fourth inning when Sam Nelsen roped a two-run double down the left field line and Jed Nelson hit a sacrifice fly to tie the game at 4-4. The Rockets had a big answer in the top of the fifth as Wyatt Banaszewski singled in two runs to put the Rockets up 7-4.

“We never quit and we did our best. They were just a little bit better tonight. We’ll get them next time,” Nelsen said. “I don’t want to be condescending, but we hadn’t really had a close game before today. This was the first one. It was good to go against a guy who can throw pretty hard and we hit pretty well. It definitely gives us confidence going into next week.”

Nelson gave the Athletics a chance in relief as he pitched three scoreless innings after the Rockets got to LP ace Zach Bollingberg for seven runs in four innings.

The Athletics were playing the game without sophomore starters Jake Truckenmiller and Mac Nelson, who were out with a COVID-19 contact.

Meyer was pleased with how his team fought against a tough opponent.

“We didn’t quit after trailing twice,” Meyer said. “We had some guys out and it was good for those younger kids to step in and they did a heck of a job and get on base for us.”