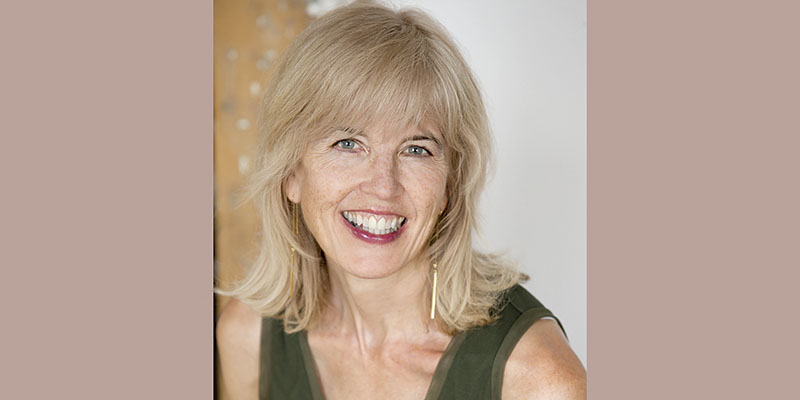 New York Times bestselling author Alison McGhee will be in Austin on Saturday, May 22, to conduct a writers’ workshop and lecture for the Austin Page Turners’ City-wide Read Event.

McGhee’s 2018 novel “Never Coming Back” was selected by the Austin Page Turners as the 2020 City-wide Read; however, the COVID-19 pandemic caused the cancellation of 2020’s event. Instead of choosing a new book for 2021, the Page Turners opted to allow McGhee the opportunity to be featured at this year’s event.

“When Bonnie (Rietz) let me know, I was thrilled,” McGhee said of hearing her novel had been chosen. “It’s every writer’s dream to have their book be chosen as a city or state read. It was so moving to me and such an honor that they chose this book.”

“I feel that no matter how old we are, we’re still simultaneously all of the ages we ever were,” she said. “I feel all of our ages live inside us and we can always access them, so it feels natural for me to dip in and out of writing for different age groups.”

“Never Coming Back” focuses on the relationship between mother and daughter Tamar and Clara, a relationship McGhee describes as “at heart, very full of love, but difficult.” The characters first appeared in McGhee’s 2000 novel “Shadow Baby.”

“‘Never Coming Back’ picks up Clara and Tamar 20 years later and I had always wondered what they were up to,” McGhee said. “You think as a writer you should be able to will these things into being, but it doesn’t work that way for these people.”

Early Onset Alzheimer’s features prominently in the story, inspired by some of McGhee’s friends who were dealing with their parents struggling with Alzheimer’s.

“Tamar has a very particular and rare form of Alzheimer’s, which is Early Onset,” McGhee said. “It comes on very early, it can strike between 40 and 60 usually, and she was 49 years old when that diagnosis came down for her. Not only did I have to do a ton of research on Alzheimer’s in general, but specifically Early Onset and the genetic implications for Clara. If you have a parent with a definite diagnosis, you have a 50% chance of getting it yourself. I spoke to many people whose parents had Early Onset Alzheimer’s and discussed those implications and what it means for their own lives.”

“As a novelist, I prefer to make everything up, but with this you have to be factual,” she added.

McGhee also cited her own position in life at that time as the mother of children who were nearly grown and the dynamic of the parent-child relationship as another source of inspiration for the novel.

“I’m hoping (readers) have a renewed sense that we don’t have a lot of time in life,” she said. “None of us do. It’s just a fact of life that anything can happen at any time, so what you need to say to the people you love, or once loved but have become estranged from, say it. Figure out how to do it. When Clara realizes that something is really wrong with her mom… she knows it is now or never to get the answers from her mother and resolve their relationship because they are out of time. The book is really a race against time where you’re battling your inner self, the one we carry around and don’t show anyone else, and you’re trying to resolve the deepest wishes of your heart.”

“A number of people have written me heartfelt letters about how they felt themselves reflected in the characters in the book and that they found some solace in feeling they aren’t alone, which I guess is my hope for any book I write – that we can feel connected and not so alone,” she added.

The writers’ workshop will be held at 10:30 a.m. on Saturday, May 22, in a  tent at Horace Park next to the Austin Public Library. The lecture will be held at 1 p.m.in the tent. Both events are free.

Attendees are asked to bring their own chairs. Face masks are required. To sign up for the writers’ workshop, call 507-433-2391 or email ask@aplmn.org.

“I am so looking forward to our long-delayed Page Turners event,” McGhee said. “I can’t wait to get back to Austin. It’s a great honor and I am grateful to the Page Turners.”