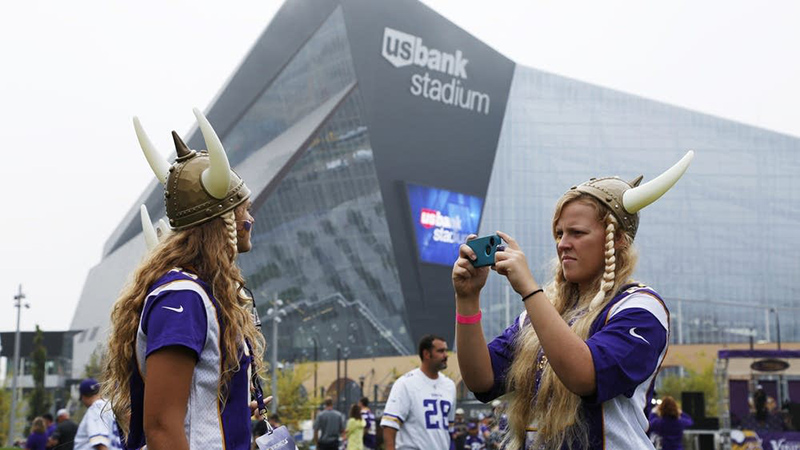 Debt tied to the Minnesota Vikings stadium is a wild card in state budget discussions.

When the $1.1 billion stadium was authorized in 2012, the state sold 30-year bonds to pay for construction. Now some lawmakers want to speed up debt repayment even as others at the Capitol see a bulging stadium reserve account as a potential source of money toward other state priorities.

A bill on course for inclusion in a Senate budget plan would establish a payoff account and order finance officials to restructure the bonds in mid-2023. It taps the existing stadium reserve, which has grown faster than was predicted, to lower the principal that is subject to longer-term interest rates.

Sen. Tom Bakk of Cook, an independent who caucuses with majority Republicans, said Thursday that a new deal could shave 10 years off the debt.

“We’re going to save $400 million in the cost of that stadium. I mean like anybody in this building think that’s not a good idea?” Bakk said. “I just think people that want to sweep the fund need to take a little longer view.”

Bakk said the Vikings won’t get any break from the arrangement because they were forced to put their share of the stadium cost — about $500 million — in upfront.

The city of Minneapolis is also a financing partner in the original deal, but the city’s payments have been deferred while it satisfies convention center redevelopment debt.

Sen. Bobby Joe Champion, DFL-Minneapolis, said requiring the state to restructure the bonds in 2023 without knowing whether today’s low interest rates will be available is risky.

“We’re speculating at this particular point that this will in fact be wise in order to do it,” Champion said. “I understand you can buy down the debt if the interest rate is the same or a little higher. But what if it’s substantially higher?”

Bakk said the Federal Reserve has indicated that interest rates will stay low for the foreseeable future, which influences what bond buyers charge on debt.

The budget proposal from Gov. Tim Walz would cap the stadium reserve fund at $100 million — enough to cover two years of payments in one swoop — and redirect any excess dollars to the general treasury. That could free up hundreds of millions of dollars for other purposes based on current patterns.

Testifying to the Senate Finance Committee, Minnesota Management and Budget Commissioner Jim Schowalter said the administration opposes Bakk’s plan because the current debt on the long-term asset is manageable. He said the agency could revisit the bond arrangement as the years pass but shouldn’t be forced to flip the debt at a specific time.

The Senate proposal, which GOP leaders said will be included in a state government agency funding bill, likely will become part of end-of-session negotiations.