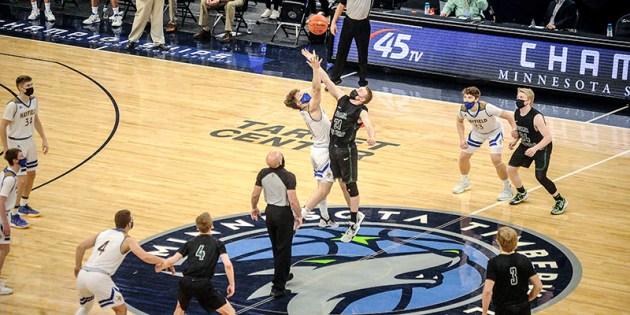 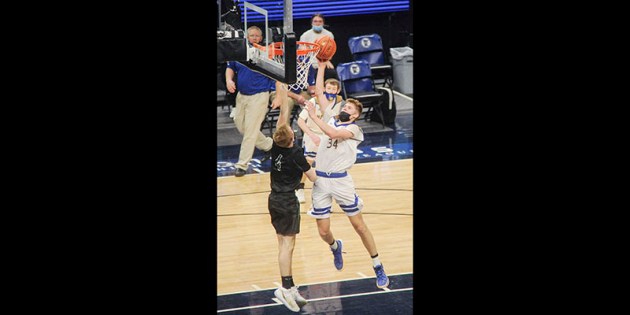 Hayfield's Ethan Slaatahug attacks the rim against the defense of Adam Benke in the Minnesota Class A state semifinals in Target Center Wednesday. Rocky Hulne/sports@austindailyherald.com 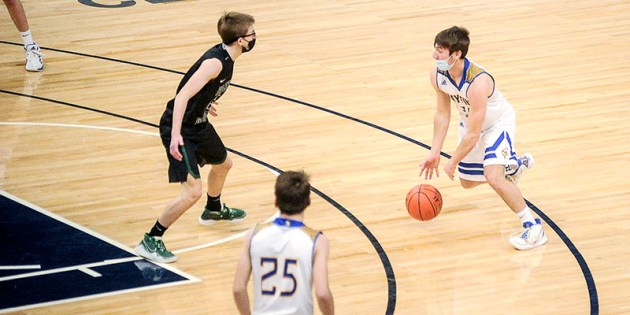 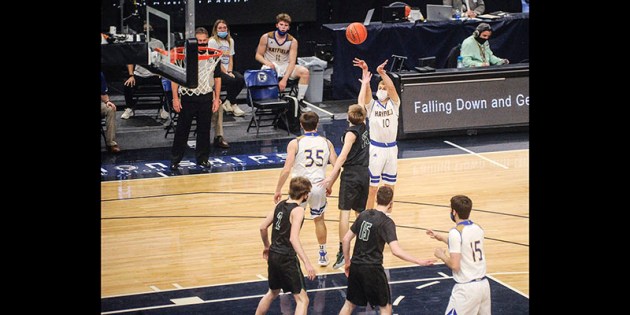 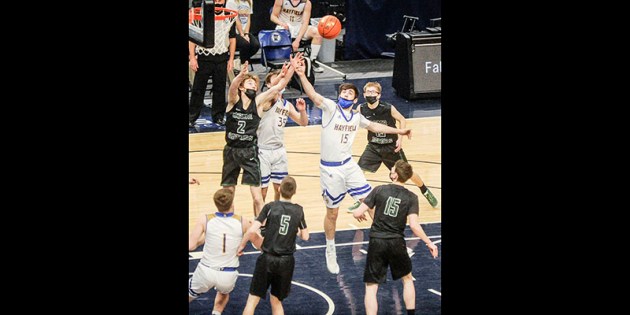 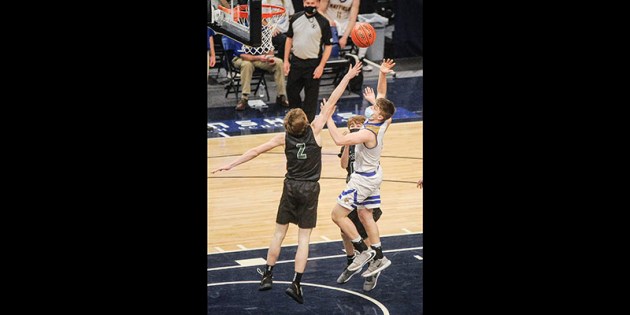 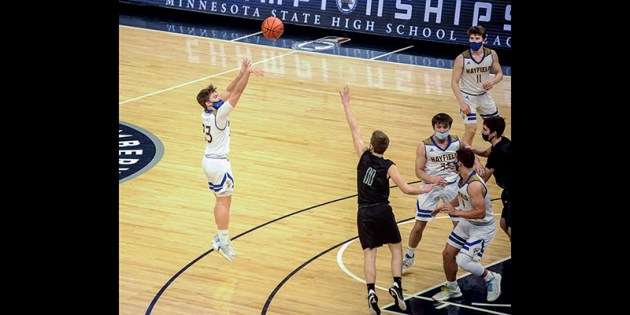 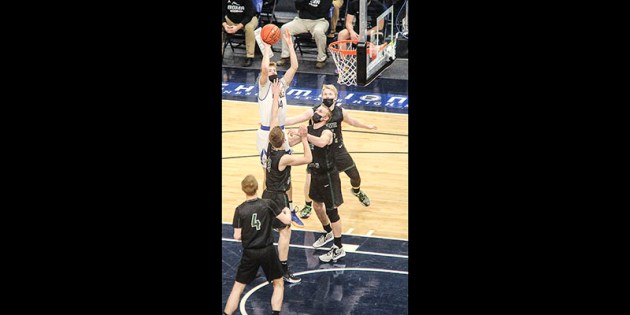 Hayfield's Ethan Slaathaug puts up a shot in the lane against the Dragons. Rocky Hulne/sports@austindailyherald.com 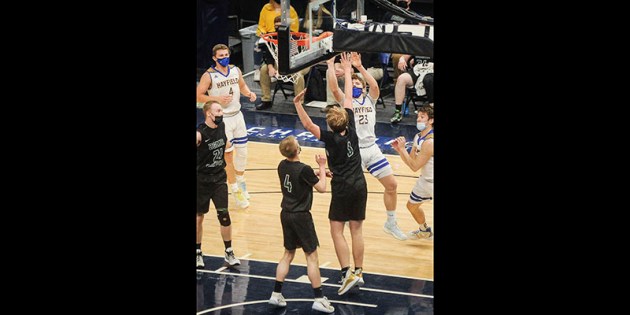 MINNEAPOLIS — The Vikings looked more like a top-seed than a four-seed as they cruised to a wire-to-wire 79-53 victory over Badger/Greenbush-Middle River in the Minnesota Class A Boys State Basketball Tournament semifinals at Target Center Wednesday.

Hayfield (20-4 overall) led by as many as 27 in the second half as senior Ethan Slaathaug had another big performance — putting up 34 points, four rebounds and three assists, while going 11-for-16 from the field.

“In warm ups I got a lot of shots up. With us playing in JM and Mayo, we had some experience with the stands behind the backboard,” Slaathaug said. “It was the same as any other game. You’ve just got to shoot the ball and make it. I was excited just to be out there.”

The Vikings committed an uncharacteristic 17 turnovers, but they forced 20 Gator turnovers. Hayfield connected on 53 percent of its field goals and 44 percent of threes, while holding BGMR to 37 percent on field goals.

“That’s way too many turnovers for us, but when you shoot that well, it makes up for it,” Hayfield head coach Chris Pack said. “They were pretty scrappy, but our defense was pretty good too. We talked all week about being tough on them in the paint.”

Hayfield sophomore Isaac Matti also answered the bell in his first state tournament appearance as he scored 22 points. Matti hit a three to start the scoring for Hayfield, but he didn’t score again until he converted a jump shot to put the Vikings up 34-26 late in the first half.

“It’s been a trend for me to score in the second half and that happened again today. I knew Ethan was going to need some help,” Matti said. “It was like a flashback to the Southland game when he was scoring in the first half. Ethan put us on his back for parts of the first half.”

Hayfield had a big response of its own as Easton Fritcher converted a three-point play and Ethan Pack knocked down a three in the midst of a 12-3 Vikings spurt in the last four minutes of the first half. Hayfield led 38-26 at the break.

Ethan Pack struggled with his shot, but he found other ways to help out, piling up five points, three rebounds, four assists and five steals for the Vikings.

The win moves Hayfield to within one win of its first state title in program history. Hayfield will take on Hancock (17-5 overall) in the Class A title game at 1 p.m. in Target Center Saturday.

“It’s nice to know that you’re able to give back to your community,” Slaathaug said. “Hopefully we can go out and play well on Saturday.”

The state tournament has changed drastically this season as fans were limited, players have to wear masks and the teams had to show up at Target Center in their uniforms, without any locker room time.

“It was quite a bit different,” Chris Pack said. “We could only be there 20 minutes before warm ups, when usually you’re up here the night before, but we were able to have to have a send off before we left Hayfield this morning, so there is some give and take.”