Packers struggle at the plate in loss to Tigers 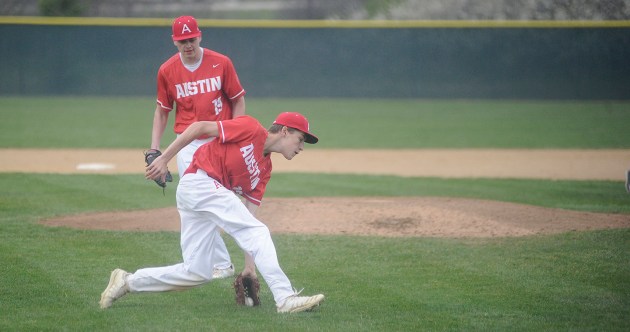 Jordan Ransom scoops up a bunt for the Packers in Seltz Field Tuesday. Rocky Hulne/sports@austindailyherald.com 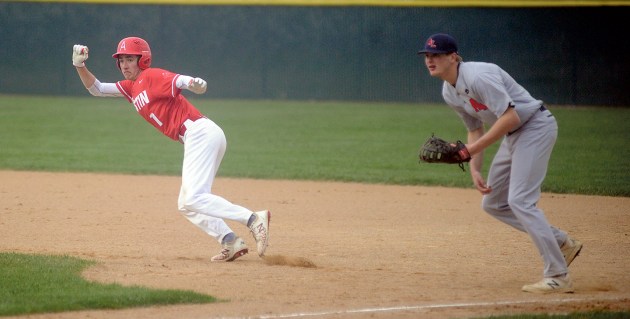 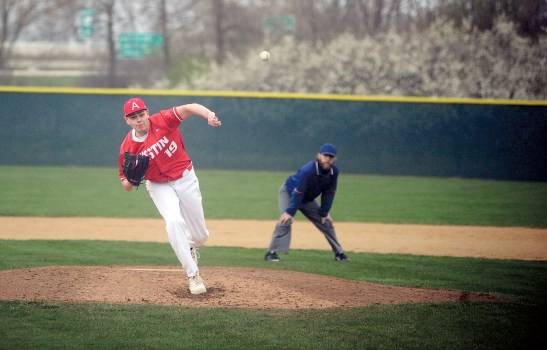 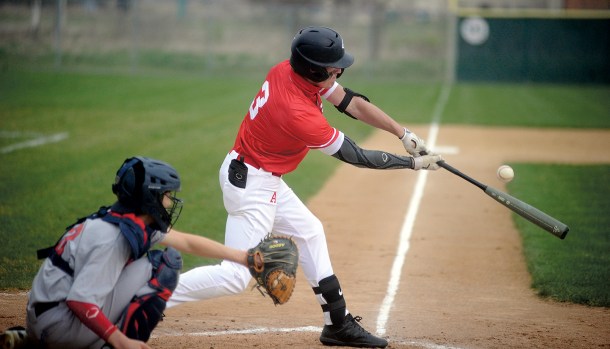 A pair of sophomore pitchers kept the Packers in the game, but Austin mustered just two hits as it lost to Albert Lea 5-2 in Seltz Field Tuesday.

Austin senior Teyghan Hovland tripled in a run and scored on an RBI groundout to tie the game at 2-2 in the third inning, but that didn’t last long. AL (4-3 overall) seized a 5-2 lead in the top of the fourth inning when Brennan Bakken hit a two-out, two-run triple to right field and Trevor Ball singled in Bakken.

Brayden Bishop took the loss for Austin, but he struck out five in four innings. Nic Robertson allowed zero runs in three innings of relief.

“I thought they both pitched well. That was Bishop’s best outing of the year and he almost got out of that fourth inning,” Austin head coach Joe Kroc said. “His strike to ball ratio was where we wanted it to be. Nic came in and did a great job as well. Both of those guys are sophomores and we’re going to rely on them a lot.”

Austin (2-6 overall) left runners on second and third in the first inning and it stranded a runner on third in the second.

AL’s Blake Ulve struck out six in seven innings to hold the Austin lineup in check.

“You’ve got to give their pitcher credit, but it’s an ongoing struggle,” Kroc said. “We just need to make some adjustments at the plate.”