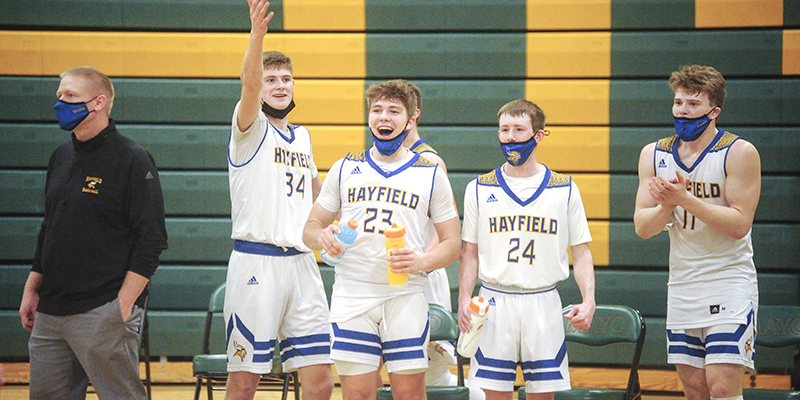 We want to congratulate the Hayfield Vikings boys basketball team for their recent championship at the Minnesota Class A Boys State Basketball Tournament this past weekend.

Any time a team can accomplish this feat is a triumph not only for the team and coaches but for a community. This becomes especially important when a town the size of Hayfield accomplishes this.

Not to say communities of size don’t have pride in their championship teams, but small towns often rally closer due to the inherent close-knit ties. These are people kids see each day in school, at the store or getting gas. Many of these players have jobs in their community and when members of the community can interact with players and coaches, it brings a championship that much closer to home.

This is meaningful in another way in that this is the first-ever championship for the Vikings, who have enjoyed local and postseason success, but have never been able to punch this far onto the state stage.

Hayfield has been to the state tournament before, but this was finally their time to shine and we couldn’t be more supportive of such a great program.

Across the board, this team, led by Chris Pack, is an example of hard work, integrity and grit.