No injuries reported after vehicle crashes into bank 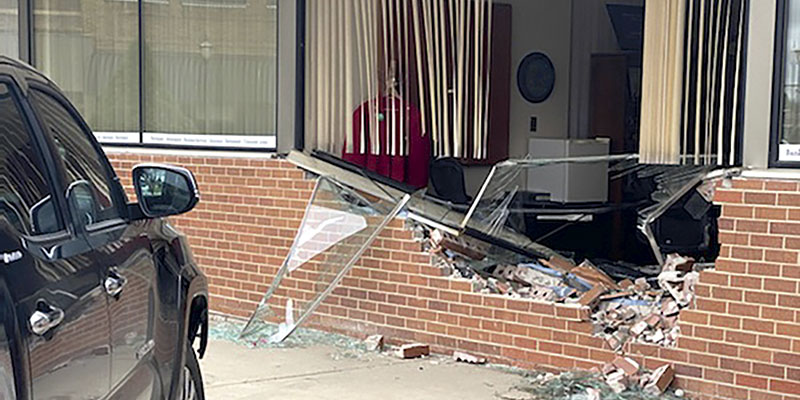 A hole lays open in the side of Wells Fargo Thursday after a truck ran into the side of the building. Crystal Miller/crystal.miller@austindailyherald.com

No injuries were reported after a vehicle crashed into the Wells Fargo bank in Austin Thursday afternoon. 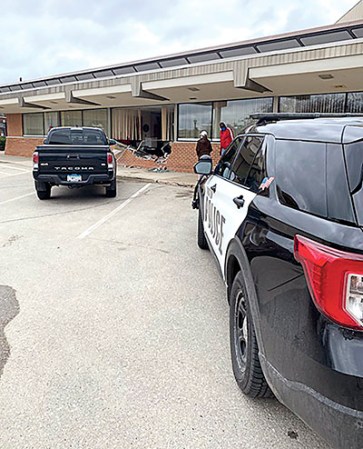 An Austin Police squad vehicle sits outside of Wells Fargo Thursday where a truck ran into the side of the building. Crystal Miller/crystal.miller@austindailyherald.com

According to Austin Police Chief David McKichan, the Austin Police Department and Austin Fire Department responded to Wells Fargo at about 12:54 p.m. on Thursday after a 2020 Toyota Tacoma pick-up truck crashed into the building. Both the vehicle and a section of the building sustained significant damage.

McKichan did not indicate what caused the accident, but said that no charges will be filed.