An Austin man who allegedly fled police while driving under the influence in a stolen vehicle made his first appearance on Monday in Mower County District Court. 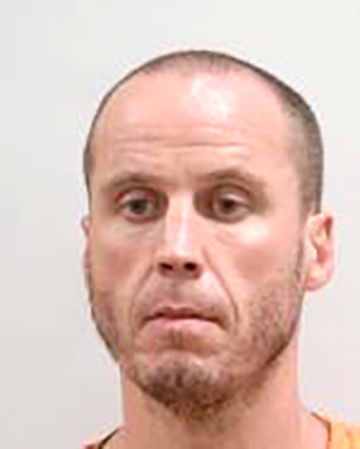 Kevin Paul Kurz, 48, has been charged with felony theft – take/drive motor vehicle without owner consent, felony fleeing a peace officer in a motor vehicle, gross misdemeanor second-degree DWI – under the influence of a controlled substance – and gross misdemeanor driving after cancellation – inimical to public safety.

According to the court complaint, an Austin police officer responded to a stolen vehicle call at about 1:47 a.m. on April 2 at the Kwik Trip on Oakland Avenue. The reporting party said he left his car, a 2007 Saturn Ion, running while he went into the store. When he exited the store, he saw his car driving away with a male driver in the seat.

A Mower County deputy located the vehicle and stopped it, but it then sped away. After a chase that lasted about 7.6 miles through Austin, the Saturn came to a stop in the 800 block of Fourth Avenue Southwest after an officer successfully deployed stop sticks in the vicinity of Fourth Avenue and 12th Street Southwest.

The driver, Kurz, was placed in a squad car and a deputy observed his pupils were dilated and did not react to light. He also detected the odor of alcohol on Kurz’s breath. Kurz was transported to jail, where he refused to perform field sobriety tests. Kurz did agree to provide a blood sample after the deputy was granted a search warrant; the sample was sent to the Bureau of Criminal Apprehension laboratory for analysis.

Security video footage obtained from Kwik Trip showed Kurz entering the Saturn, which was parked near the front door, and driving away.

A review of Kurz’s criminal history shows multiple prior convictions for theft, burglary, theft of a motor vehicle and fleeing a peace officer, as well as convictions for check forgery, theft by check, financial transaction card fraud, DWI and arson.

Kurz will appear in court again on April 15.

Capitol police officer to lie in honor at rotunda…