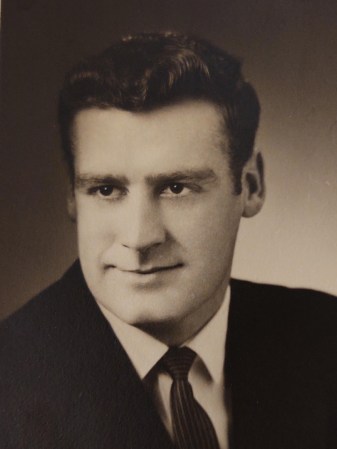 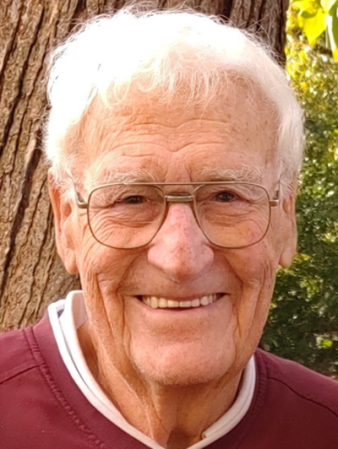 John Thomas Jette, age 85, of Austin, passed away Tuesday, April 13, 2021, at home after an eleven month battle with pancreatic cancer.

John was born October 28, 1935 in Tracy, Minnesota to Orville and Alice (Silver) Jette. He graduated from high school in 1954 with the title of Athlete of the Year. John enjoyed a variety of sports growing up and spent his youth with many cousins in the neighborhood.

John was drafted into the army in October 1954 and honorably discharged in October 1956. He spent a year and a half in Germany and explored Europe, traveling to Paris, London, Scotland, Switzerland, and Rome. After the army he attended St. John’s University in Collegeville and then transferred to Mankato State College. On August 29, 1960 he was united in marriage to the love of his life, Rita Wenkel at Holy Rosary Church in North Mankato. John graduated college in 1960 and in July 1960 he started work for Blue Earth County in Mankato as the Assistant Juvenile Probation Officer. In December 1961 he was appointed Chief Probation Officer of Mower County and later named Director of Court Services. John was president of the Minnesota Association of Probation Officers and president of the Minnesota Correction Association. He deeply cared for those he served and was devoted to helping those who needed guidance. John retired December 31, 1992.

After retirement, John and Rita spent nearly 30 winters in Gulf Shores, Alabama. He was delighted to spend those warm days golfing, chatting with his friends, and hosting visits from family. In Gulf Shores, John could also be counted on to selflessly volunteer his time and energy serving those who worked in the fire station and church.

He was an avid fan of all sports and was especially interested in cheering on the Minnesota Gophers, Twins, and Vikings. John was a devout and faithful Catholic. He valued faith and family above all else. As an active parishioner of Queen of Angels Catholic Church, John served as a lifelong lector and assisting every Priest. He was kind and generous, always lending a helping hand to anyone who needed it. John found joy in and dedicated his time and love to the relationships he had as a husband, father, grandfather, and great grandfather. His love for his family was the center of his life, strong and unwavering. His storytelling capabilities and sense of humor, present until the very end, were exceptional and provided those who knew him with endless amounts of smiles and laughter.

A Funeral Mass will be celebrated 11 am on Monday, April 19, 2021 at Queen of Angels Catholic Church with Father Raul Silva officiating. Friends may call from 4-7 pm on Sunday at Mayer Funeral Home and also one hour before the service at the church on Monday. Military rites will be by American Legion Post #91 and V.F.W. Post #1216. Interment will be in Calvary Cemetery.

The Funeral Mass will be live streamed on Mayer Funeral Home’s Facebook page.

Vikings pound out 19 runs to beat Panthers in…