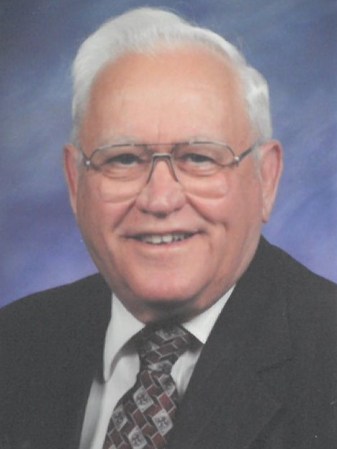 John Francis Beckel, age 96, of Austin, Minnesota, passed away on Sunday, April 4, 2021 at Mayo Clinic Hospital Rochester, Saint Marys Campus. John was born July 30, 1924 in Kasota, Minnesota, the son of Jacob and Mary (Tambornino) Beckel. He attended District 100 Blue Earth/Le Sueur school through the 8th grade and then in 1942 graduated from Loyola High School. In November of 1944, John enlisted into the United States Army, serving his country during World War II until his honorable discharge in November of 1946. Following his time in the service, John attended Mankato Commercial College, graduating with a business diploma. On November 25, 1948, he was united in marriage to Verneice Schoemaker in rural Madison Lake, Minnesota. John went on to further his education at Iowa State University in Ames, IA, where he graduated in 1951 with a degree in agronomy. After graduating from Iowa State, he began working at the Cargill research department in St. Peter, Minnesota. In 1955, the couple moved to Austin, Minnesota, where John started working for FHA until 1962. While with FHA, they moved to Slayton, Minnesota in 1959. In 1962, John began working for Pipestone National Bank until 1968, when they returned to Austin. In 1973, he received his master’s degree from Graduate School of Banking in Madison, Wisconsin. He then started working for Austin State Bank, Norwest, and Wells Fargo banks until his retirement in 1984. After his retirement, John did volunteer work, helping senior citizens through the Advocacy program at the Mower County Senior Center. He was also a volunteer with MN Extension Service as a farm mediator, credit counselor, and master gardener. He served on Friends of JC Hormel Nature Center Board and received the Sigurd Olson Conservation Leadership award. John was an active member and officer of Izaak Walton League, received the Tobin Appreciation Award and MN Division’s Stewardship Award. John was also a member of St. Edward’s Catholic Church, Knights of Columbus and served on the Calvary Cemetery Board. He was an AARP tax consultant, member of Noon Kiwanis Club, American Legion Post 91, Score, C of C Ag Committee, and Habitat for Humanity. One of his greatest accomplishments was receiving the Mower County Senior Volunteer of the Year Award in 2009. John enjoyed traveling and visited all 50 states plus several foreign countries.

A memorial mass will be held at 11:00 a.m. on Saturday, April 17, 2021 at St. Edward’s Catholic Church in Austin. Visitation will take place from 4:00-6:00 p.m. on Friday, April 16, at Worlein Funeral Home in Austin and will continue for 30 minutes prior to the service at the church on Saturday. A rosary service will follow the visitation at 6:00 p.m. on Friday at the funeral home. Interment will be in Calvary Cemetery, Austin. Flag presentation by the American Legion Post 91. Masks, social distancing, and all COVID-19 protocol will be enforced. Memorials are preferred to the Hormel Nature Center or recipient of donor’s choice. Services are prearranged and performed by Worlein Funeral Home of Austin. Condolences may be expressed to the family online at www.worlein.com.

No injuries reported after vehicle crashes into bank