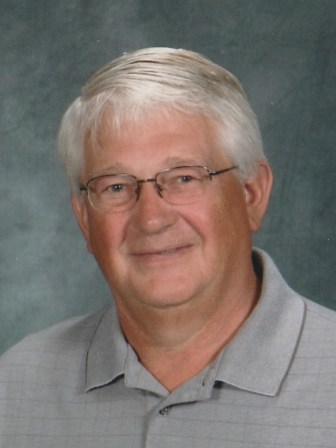 Glenn Irvin Beckman passed away on April 15th, 2021 at the age of 74, at his home in Owatonna, Minnesota. During a fierce battle with cancer, Glenn continued to share his smile and sense of humor with his family and friends.

Glenn was born on September 26th, 1946 at St. Olaf Hospital in Austin, Minnesota. He is preceded in death by his parents Irvin and Caroline (Schwartz) Beckman. Glenn married Ruth (Rasmusson) Beckman on Nov 27th, 1965 at Methodist church in Ellendale. Glenn and Ruth were married for 55 years. He farmed his entire life, and also worked 30 years in lumber sales with Payless Cashway, UBC Lumber and Pro Build Lumber.

Glenn was a devoted family man and always had time for his son Michael, and later his granddaughters Jessica and Ashley. He was always thankful he was able to watch them grow up. Glenn enjoyed muscle cars, antique tractors, NASCAR, and traveling. He spent most of his life building, renovating and constructing things at the farm and was the guy who knew how to fix anything.

Glenn is survived by his wife Ruth Beckman, his son and daughter-in-law Mike and Sheila Beckman, his granddaughters Jessica and Ashley Beckman, his sister and brother-in-law Lavonne and Everett Dennis; niece, Denise (Tony) Devlin and their son Hagan of New Hampshire.

Glenn will be honored in a celebration of life visitation on April 24th from 1 – 4pm at Brick-Meger Funeral Home. For more information or to leave an online condolence visit www.megercares.com