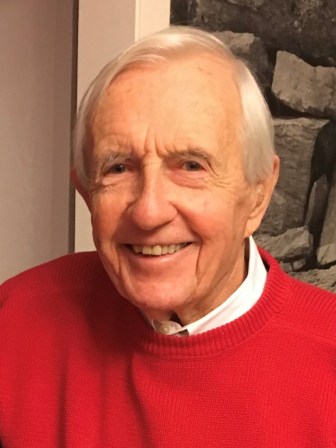 Behning, Earl M., D.D.S.  1924-2012. Died April 20th at his home at Friendship Village of Bloomington, MN. Earl was born June 13, 1924 in Deer Creek, MN to Frank & Lucy Behning. He was the oldest of their four children. Earl spent his growing up years on family farms in IA & MN. He received his BS degree from Carson Newman College, Jefferson City, TN, and his dental degree from the University of MN, graduating in 1948. He married Suzanne Deasy June 15, 1948. They had two daughters, Cindra & Jill. After serving in the Naval Dental Corp for four years, he practiced general dentistry in Austin, MN for over forty years. He was appointed by Governor Harold LeVander to the MN Board of Dental Examiners. He served for 20 years and was instrumental in establishing continuing education for the dental field. He and Suzanne headed a medical mission to Kenya where he started a dental clinic and dental hygiene program for the Masai tribe. She and Earl wintered in Naples, FL after his retirement. Earl and his family summered in the Brainerd, MN area for many years. Suzanne died in 1997.

Earl married Judy Moran December 26, 1998. They had many wonderful years in retirement living between Naples and Brainerd. Among their favorite activities were biking and boating.

A private memorial service will be held at a later date. Memorials preferred to the University of MN School of Dentistry or Park Nicollet Hospice.  Washburn-McReavy Edina Chapel, 5000 W 50th Street, Edina, MN, (952)920-3996.