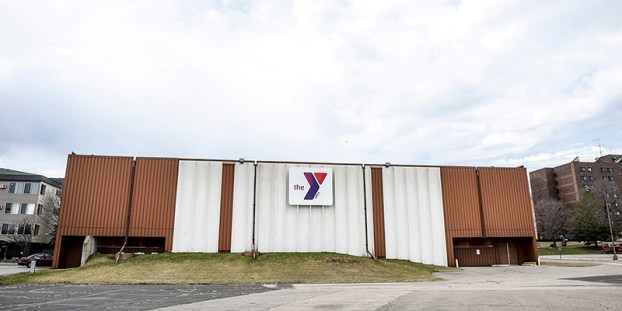 Possible plans for the old YMCA property would include an apartment complex; however, on Monday the Austin City Council voted to suspend a decision on the proposal for two weeks. Herald file photo

The Austin City Council was divided over the issue to move forward with a proposed apartment complex during its work session Monday evening.

The plans for the project include the following:

• 48 units consisting of one, two, three and four bedroom apartments;

• Three stories and an underground parking garage and elevator;

• Seven units for households that have experienced homlessness and six units for individuals with disabilities;

• A property management officer and management services by Lloyd Management;

• A community room; and

Monthly rents are anticipated to range from $678 for a one-bedroom unit to $1,080 for four-bedroom units. Approximately half of the units will have rents affordable to households with incomes at or below 50 percent of the area median income.

There is also the possibility of making the building a 4-story complex, with the first story being utilized by SEMCAC’s Head Start program. The cost for the additional story would be about $2.7 million.

Mayor Steve King stated that he would like for the City to consider market rate housing and has been in talks with developers who have expressed interest in the old YMCA location, though they have not yet submitted a design or budget. It was noted that the old YMCA location is an ideal site with easy access to downtown.

Councilman Mike Postma agreed with King, noting that there is a demand for market rate housing downtown, particularly from young professionals, and that Austin is competing with cities like Rochester in the housing market.

Councilman Jeff Austin expressed support for the proposal, noting the City may not get another opportunity like this at the old YMCA location.

Councilman Oballa Oballa also supported the proposal, saying that providing standardized housing was important to making Austin a welcoming city. He also noted that allowing SEMCAC to utilize one story would help alleviate the childcare shortage in Austin.

There was also concern about the expense of maintaining the old YMCA, which costs about $100,000 a year, according to YMCA at Austin Community Rec Center Director Diana Baker. Baker said The Hormel Foundation helps with some of the expense, but the YMCA at ACRC is responsible for the rest. She also noted that there have been recent graffiti and homeless issues at the old YMCA building.

Councilman Jason Baskin moved that the vote be tabled to the next work session on April 19 to allow the council time to learn more. Councilman Paul Fischer seconded the motion.

The Packers were back on Larry Gilbertson track for the first time in two years on Monday, and while a... read more