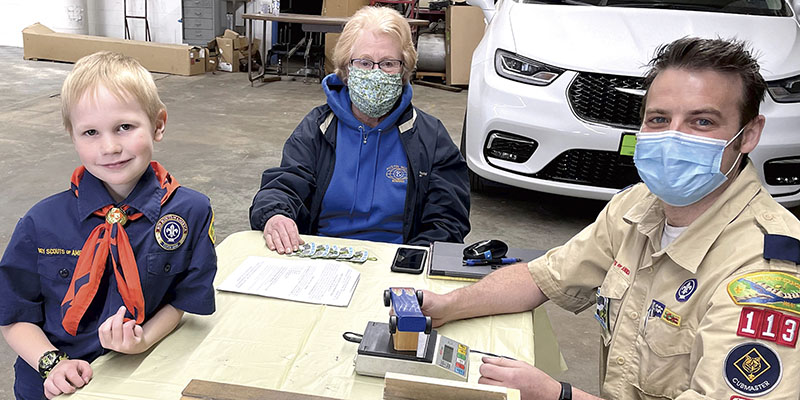 After a one year hiatus due to COVID-19 closures, the Austin Ford Chrysler Noon Kiwanis Pinewood Derby was back for its annual Cub Scout pinewood derby event on Saturday, April 17.

Although the event had a different feel this year, as the racing was held virtually, the special time of parent and child designing and building their pinewood derby car together has returned.

Scouts qualified and registered their cars a week prior to the virtual event. Scouts reported to Austin Chrysler Ford to have their cars weighed and inspected. Cars that passed inspection were then registered and left to be raced the following weekend.

The race was live streamed on the Twin Valley Council BSA facebook page.  The video remains posted on the facebook page for viewing under the title “Cedar River Neighborhood Pinewood Derby Race.”

Each participant in the derby was presented with a patch. The first four places of each racing category were awarded trophies.

Kiwanis is a global organization of volunteers dedicated to improving the world one child and one community at a time. Kiwanis helps kids around the world.

For more than a century, Kiwanis has created opportunities for children to be curious, safe and healthy regardless of the community in which they live.

The results are as follows