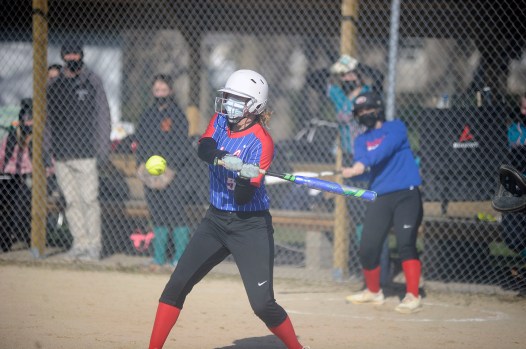 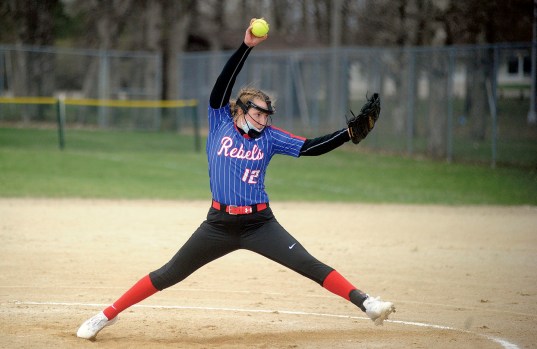 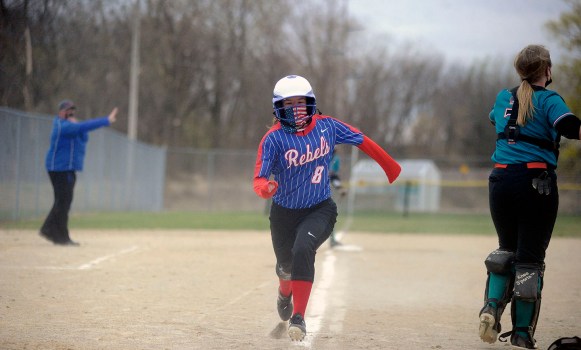 ROSE CREEK — It’s been a long time coming for the Southland softball team.

The Rebels had a lot of reasons to smile after they recorded their first win in three years by beating Fillmore Central 8-3 in Rose Creek Monday.

Southland junior Bailey Johnson struck out nine to score the win in the circle and she also smashed two doubles and a triple to knock in three runs.

“Our enthusiasm is at an all-time high,” Johnson said. “It’s so much fun to come out and hit the ball well, and it also helps that we won. All we can do is go up this year.”

Monday’s win was the first victory for the Rebels since they split a doubleheader with Grand Meadow/LeRoy-Ostrander/Kingsland on May 17, 2018. The Rebels finished 3-13 overall that season, went 0-20 overall in 2019. The 2020 season was called off due to COVID-19.

Southland senior Larissa Goslee was the only player on the current roster to record a hit in that 2018 win and Goslee drew two walks and scored a run on Monday.

“They’ve grown tremendously,” Southland head coach Greg Schulte said. “They were freshmen and sophomores two years ago and they had to play varsity at a young age. Some of them have been in the weight room and that has helped a lot. Our main focus this year is to have fun.”

The Falcons tied the game at 1-1 in the top of the third inning, but the Rebels (1-1 overall) had a big response in the bottom of the third. Johnson doubled in a run, Hattie Wiste knocked in a run on a groundout and Kiyana Meyer dropped a two-out, two-run single down the right field line to put the Rebels up 5-1.

The 2020 season that never happened would have been a big year of development for a Southland team that was looking to build confidence, but some players were able to play summer softball in Austin to sharpen their skills. Johnson also played softball in the fall after being locked in during the spring of 2020.

“Last spring was a tough experience,” Johnson said. “We grew up fast and we’ve learned to cherish every moment. Anything can go away in the blink of an eye.”

Schulte said that Johnson gives the Rebels a solid option in the circle, which makes everything easier for the defense.

“There is a lot of pressure on the pitcher and it’s huge to have a pitcher who can throw strikes,” Schulte said. “Bailey’s confidence has grown so much and she’s put in a lot of time with our pitching coach.”

Johnson, who also played volleyball and basketball for the Rebels this year, said she is much more comfortable at the varsity level than she was a freshman two years ago.

“My confidence level is through the roof right now,” Johnson said. “All of the power is in your hands when you’re pitching.”