Wild year doesn’t slow down APDT, which is ready for another state meet 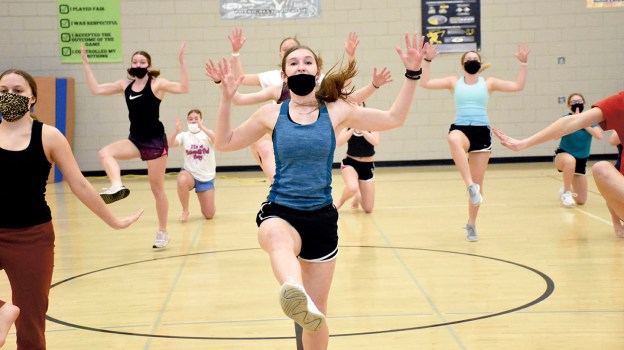 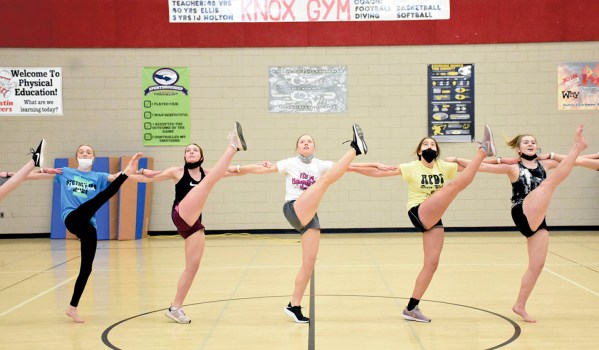 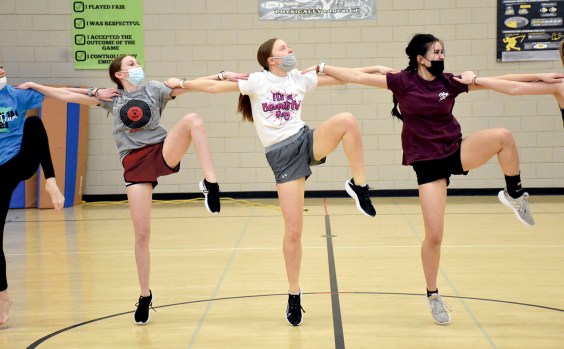 Memebers of the Austin Packer Dance Team practice in IJ Holton Monday in anticpation of the Class AA State Meet, which will be held in Edina High School on Saturday. Rocky Hulne/sports@austindailyherald.com

The Packers, who took third in high kick last year, are back in the high kick division as they’ll compete in the Minnesota Class AA Meet in Edina this Saturday. Class AA is divided into groups of four with three sessions, starting at 5:10 p.m.

While it’s a far cry from what the state meet usually is, it’s also a lot different than the living room virtual dance sessions that APDT was holding early on in the season, when everything was on hold in November and December.

“I know a lot of people had their seasons cut and they couldn’t go to state,” Austin junior captain Allie Hughson said. “Even though we’ll have masks on, there won’t be that many people there and it won’t be at the Target Center, it’s still going to be so much fun. We know we’re going to rock it. We have one more week left and that’s what we wanted all year. We wanted to make it to state and now we have it.”

While the Packers would like to finish high again, they’re mostly focused on putting together their best performance of the season. If they can do that, they’ll be celebrating on Saturday.

The grind of the high kick season is tough enough on members of the team, but this year added new adversity with all of the regulations that came along during the pandemic. Austin senior captain Paige Leibeg said the team had no choice but to drive on and push harder — even when it hurt.

“Mindset is everything. You can have all of the endurance in the world, but if you don’t have the right mindset, there’s no way you can make it through a whole kick dance, let alone a whole season,” Liebeg said. “You come into the season with as much endurance as you can have, but we’re constantly working on our mindset and it makes a difference when you have the world’s best mindset during the season.”

This year’s Section 1AA meet was a very unique experience for the Packers, who competed in Winona, and then drove back to Packer Gym in Austin to learn where they finished. The members of the team filled the gym with joyful noise when they learned they were headed to state.

“We all enjoyed it and we celebrated together,” Austin senior captain Grace Bobby said.

This will be the 19th straight year that the Packers have competed at state, meaning that nobody on this year’s team was even born when that streak began. Austin junior captain Meredith Murphy said the team always feels pressure to get to the top.

“You don’t want to end the streak. Every single year, you have to try hard,” she said.

It’s been a long road to state for the Packers, who had to stay in shape through virtual workouts before competing in a condensed season in front of small crowds.

Austin senior captain Briella Wempner said the team is not short on motivation or inspiration as it prepares for its last dance.

“This is state and this is the last time we’re performing as a team,” Wempner said. “We just have to put it all on the floor together.”