Vikings survive a big effort from Landers to move on 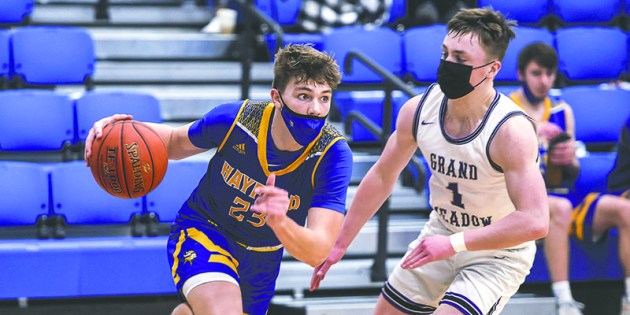 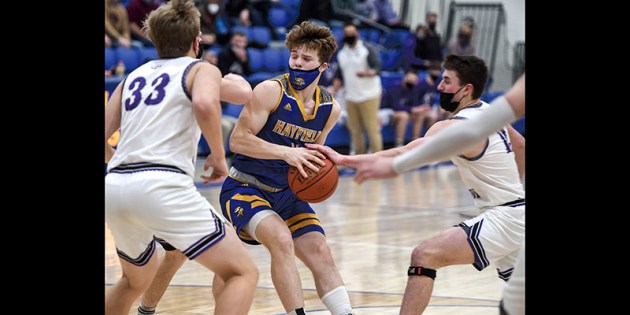 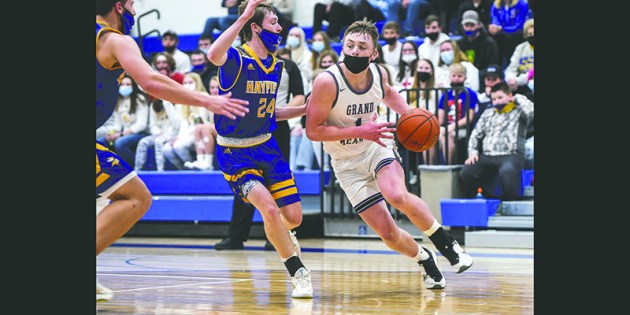 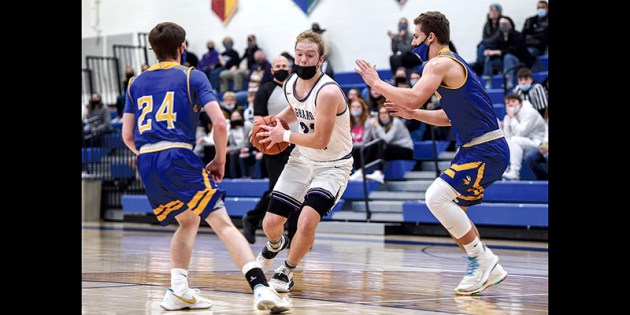 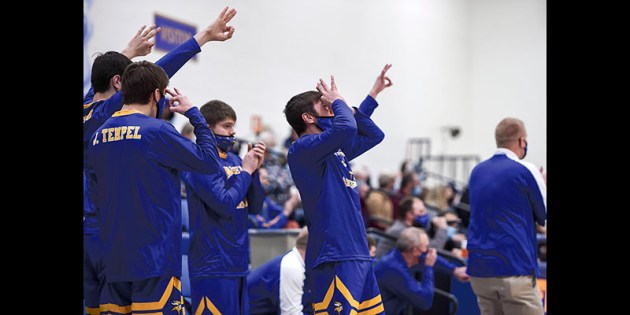 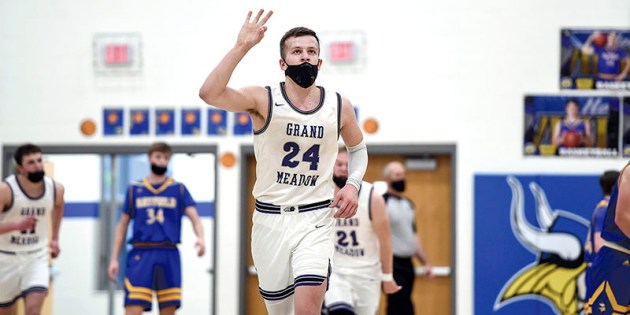 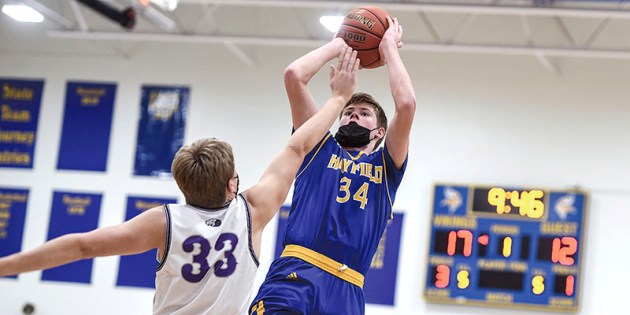 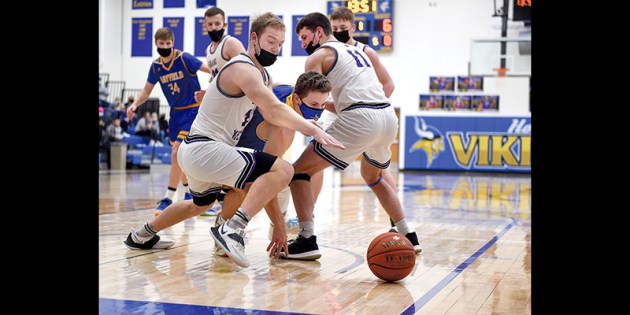 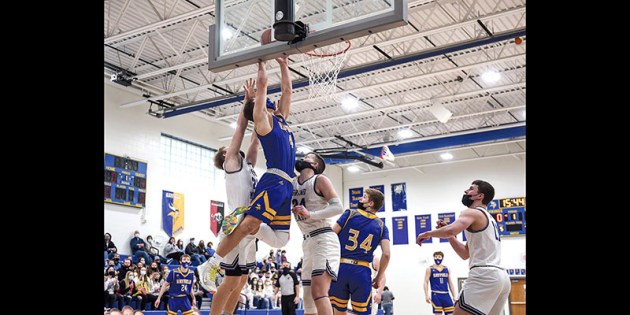 HAYFIELD – The No. 3 seeded Hayfield boys basketball team was able to offset a huge performance by a Grand Meadow senior thanks to the heroics of a sophomore guard as it beat No. 6 seeded Grand Meadow 69-59 in a Section 1A Quarterfinal Friday.

Colt Landers put up 29 points and seven rebounds in his final game for the Superlarks (10-7 overall), but it wasn’t enough has Hayfield’s Isaac Matti made some big plays down the stretch

“I’m confident in my shot and I knew they were going to go in sometime,” Matti said. “I trusted my teammates to find me.”

Hayfield senior Ethan Slaathaug also played a big role for the Vikings (16-4 overall) as he connected on a big three to put his team up 59-54 with 4:28 left. He scored 26 points and grabbed seven rebounds.

“If we move the ball, we’re going to get open shots and we’re going to be a much better team,” Slaathaug said. “Now we’re in the same boat as last year, except this year we want to get to state and get revenge. This game will help us in the long run, because it was close and we all know we’re going to play good teams.”

After trailing by nine at halftime, the Superlarks came out swinging in the second half with Colt Landers catching fire in the low block. Landers hit five straight short fade-aways in a six-minute spurt to keep GM and Hayfield tied at 49 with 9:01 left.

Matti and Slaathaug both played with Landers over the summer and they both took turns checking him on Friday.

“I have so much respect for him,” Slaathaug said of Landers. “He got going in the second half and that fade away was unguardable. For a second you wondered if he was going to miss. It came down to getting up on him more and hoping he would miss.”

Taylor Glynn hit a three to bring GM within 25-22, but Hayfield answered when Ethan Pack hit three and scored on a drive to make it 30-22 with 6:16 left. Ethan Slaathaug, who had 17 of his 26 points in the first half, made a big hustle play when he tracked down his own missed three for an offensive rebound before setting up another three by Pack that made it 33-22.

Pack sat for much of the second half with foul trouble and he eventually fouled out, which meant Hayfield had to get a boost from some of its bench players.

GM led 6-5 early on after Blake Ludemann, who had 14 points, drove to the hoop for a score and hit a pair of free throws, but the Vikings had a quick response as Isaac Matti and Slaathaug each connected on three-pointers during a 10-2 Hayfield spurt. The Vikings connected on nine three-pointers in the first half.

“Karver (Heydt) is a defensive guy and he played well. Kobe (Foster) was also huge in taking charges. He’s just a pest out there,” Hayfield head coach Chris Pack said. “Our role players stepped up tonight and when it mattered most, Isaac and Slaathaug hit some huge shots. We knew they weren’t going to go away at halftime.“

Hayfield will now take on No. 2 Lyle-Pacelli in Rochester John Marshall at 7 p.m. Monday. The Vikings have never played a game in JM before.

“We just have Sunday to do a quick practice and we just have to hope we come out strong,” Pack said.