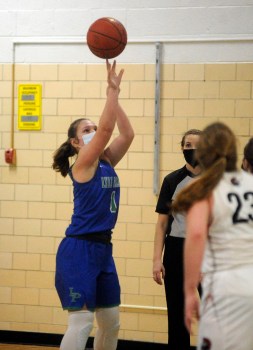 Olivia Heard puts up a shot for Lyle-Pacelli. Rocky Hulne/sports@austindailyherald.com 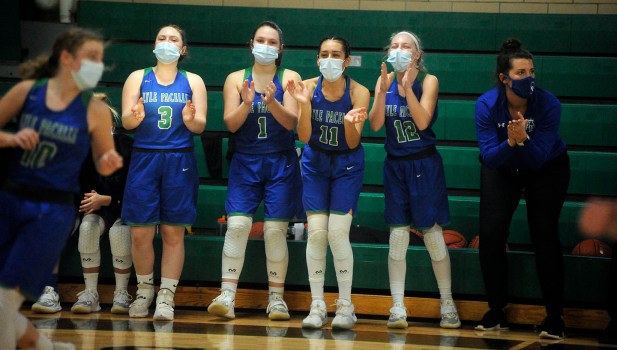 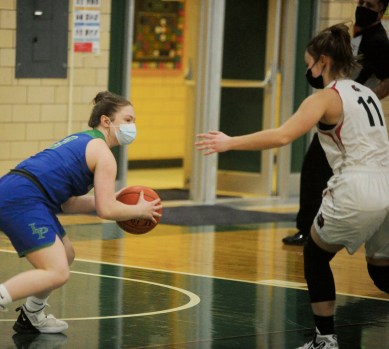 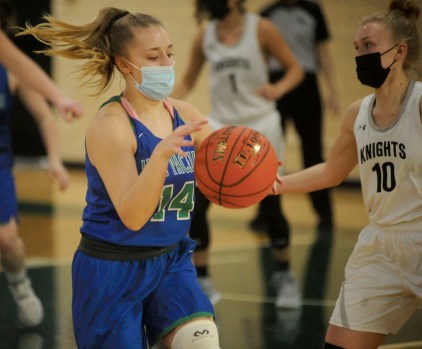 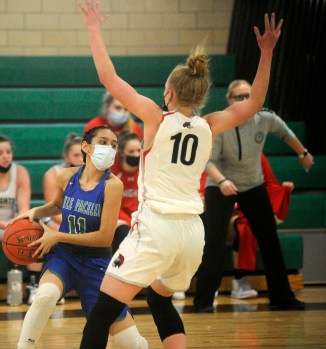 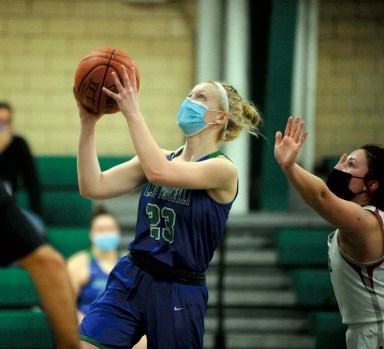 The Lyle-Pacelli girls basketball team has grown by leaps and bounds this season, but there is still a steep hill to climb for a team that had to navigate a big roster turnover and adjust to a new head coach in the midst of a pandemic.

The Athletics battled for much of the night, but they lost to Alden-Conger (3-10 overall, 3-9 SEC) 63-56 in their final regular season game of the season in Pacelli Gym Tuesday.

Junior Alana Rogne carried a big load for the Athletics as she put up 28 points, five rebounds and eight steals, but she picked up her fifth foul when the game was tied at 50 with six minutes left. Rogne had converted a four-point play on a personal six-point spurt to put L-P up 41-40 with 14 minutes left in the game and she had also helped the Athletics tie the game after they had trailed 53-40.

After dropping seven straight games by at least 40 points early on this season, L-P (2-16 overall, 2-14 SEC) has picked up a win and been within single digits in two of its last five games.

“It was hard to sit (in the last six minutes), but it was good to cheer the team on. It was a sad loss, but it’s OK,” Rogne said. “It was very tough for us at the beginning of the year and I think next year will be really good. Our team is not getting demolished anymore these days. We’re almost getting into the games now.”

L-P head coach Brock VaDeer said his team has made some big strides this season, with a few middle schoolers contributing to the effort.

“It’s been a lot of confidence building and we’ve practiced the fundamentals. We’ve worked as a team and we’ve come together,” VaDeer said. “The girls were extremely lucky to make it through the whole season without any setbacks from COVID. It’s been a long process and we’re moving forward.”