Squier scores twice as Packers get past Waseca 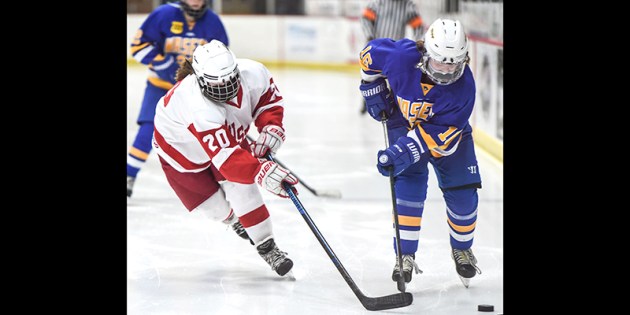 Austin’s Kate Holtz takes a swipe at the puck against Waseca in Section 1A playoff game Tuesday night at Riverside Arena. Eric Johnson/photodesk@austindailyherald.com 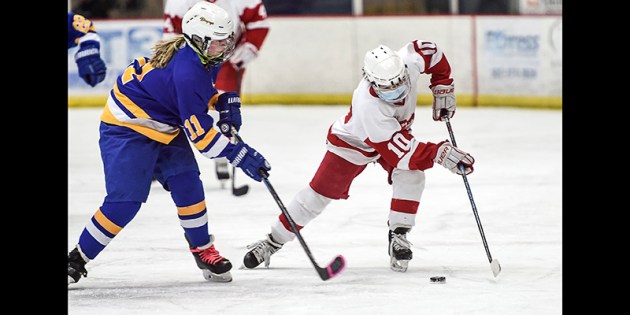 Ausitn’s Sarah Wangen carries the puck during the second period of a Section 1A playoff game against Waseca Tuesday night at Riverside Arena. Eric Johnson/photodesk@austindailyherald.com 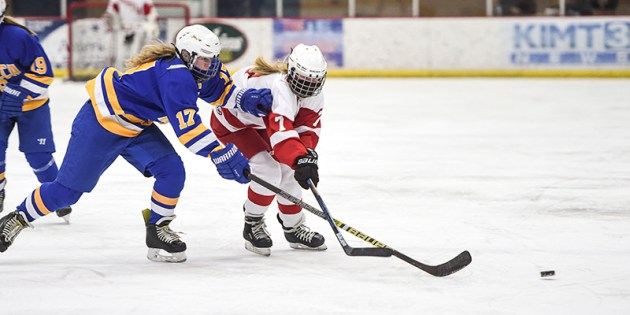 Austin’s Kate Fox reaches out as she races to the puck during the first period against Waseca in a first-round Section 1A playoff game Tuesday night in Riverside Arena. Eric Johnson/photodesk@austindailyherald.com 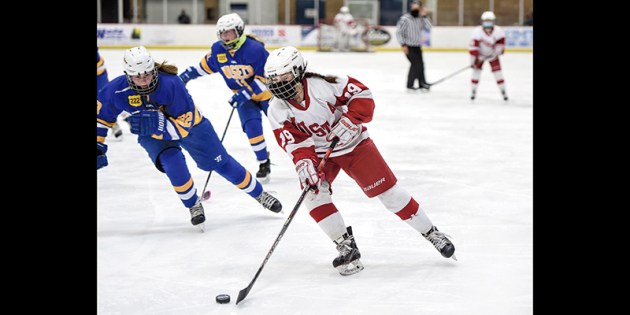 Austin’s Megan Schultz sweeps the puck toward the goal against Waseca in a Section 1A playoff game last season. Herald File Photo

The No. 3 seeded Austin girls hockey team had seven different players score as they beat No. 6 Waseca (0-19 overall) 10-1 in a Sect1ion 1A Quarterfinal in Riverside Arena Tuesday.

Senior Alyssa Squier scored her first career goal in the win for the Packers (8-9-1 overall) as she finished with two goals and one assist.

“I was just trying to score some goals in my last game here. It was so much fun,” Squier said. “This has been a hard year with all of the obstacles we’ve had to overcome with COVID.”

Austin head coach Troy Holtz was happy with how his team came out as Austin scored four goals in the first period.

“We’re really happy for Alyssa. It was nice to have more people scoring,” Holtz said. “They put their best defenseman on Kate (Holtz) and her job was to put a stick on Kate and stop her.”

The Packers will now play at No. 2 seeded Rochester Lourdes at 7 p.m. Wednesday night.

“This was a good win, but we’re going to have to play a lot better if we’re going to compete against Lourdes,” Holtz said. “I like the effort, but it needs to be more consistent.”