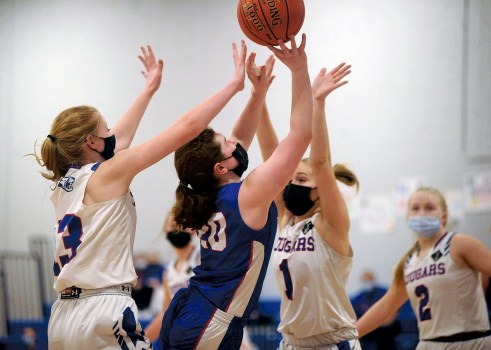 Southland’s Kayla Nelsen fights through a crowd to put up a shot in Adams Friday. Rocky Hulne/sports@austindailyherald.com 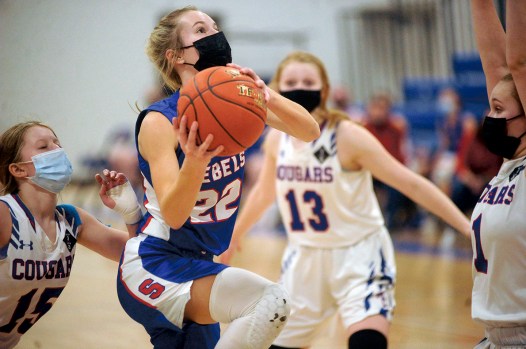 Southland’s Larissa Goslee goes up for a shot against Mabel-Canton in Adams Friday. Rocky Hulne/sports@austindailyherald.com 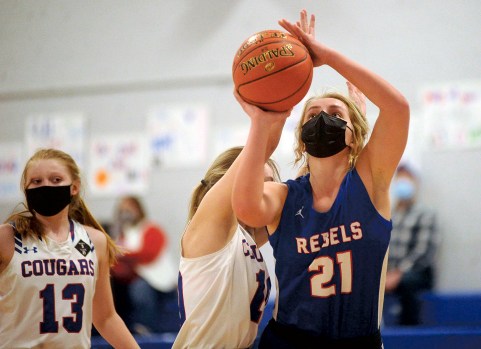 Southland’s Bailey Johnson goes up for a shot against Mabel-Canton in Adams Friday. Rocky Hulne/sports@austindailyherald.com 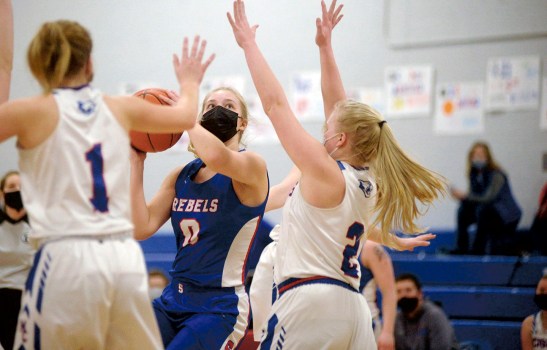 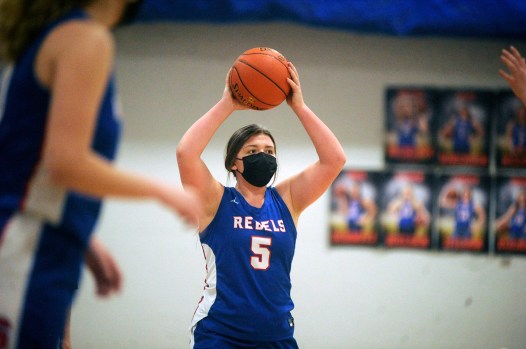 ADAMS — Southland’s senior trio of Kelsey Mensink, Kayla Nelsen and Larissa Goslee have played over 100 varsity basketball games together and they made their last home regular season game together one to remember as they helped lead the Rebels to a 58-21 win over Mabel-Canton Friday night.

Mensink finished with 10 points, five rebounds and four assists for the Rebels (10-7 overall, 9-5 SEC), who will also host a home game in their brand new gym in the Section 1A Tournament next week.

“It was great to finish with a nice win here,” Mensink said. “The worst part about this year is not having the student section like we always have, but the fans who have been here have been great. We know it’s not as much as it could’ve been, but it still means a lot.”

Southland’s senior trio has played basketball together since fifth grade and they’ve also been teammates in volleyball and softball.

“We’ve gotten a lot closer while playing sports together,” said Nelsen, who had nine points and five steals Friday. “It’s been a lot of fun.”

Southland’s defense has been its strength this season as it is allowing just 46.4 points per game and the Rebels have held two of their last three opponents under 30 points.

“We’ve played together so long, it’s a lot easier to read each others’ minds,” said Goslee, who had 11 points, seven rebounds, three assists and three steals.

Southland head coach Dean Bendtsen said it will be hard to say goodbye to Nelsen, Mensink and Goslee.

“They’re a spectacular group of kids who will be sorely missed,” Bendtsen said. “They are our main cogs on both ends of the floor.”

Junior Bailey Johnson had 17 points and six rebounds for the Rebels.

Rebels fall to Kingsland in four