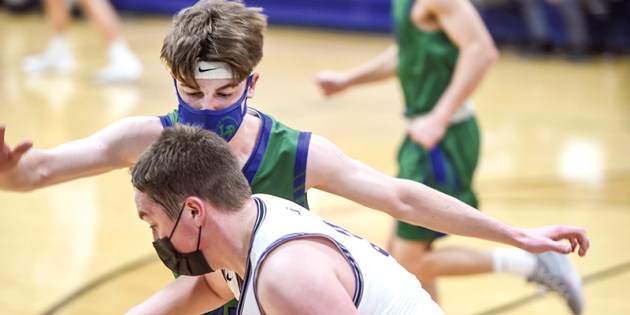 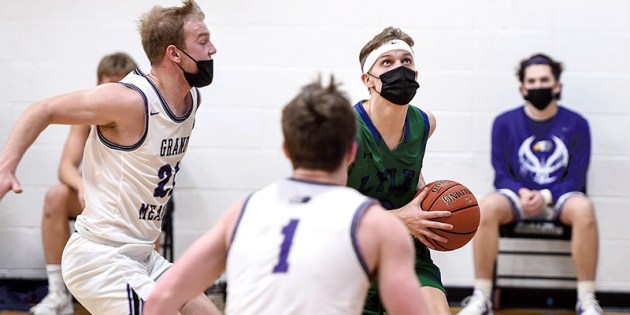 Lyle-Pacelli’s Zach Bollingberg closes on the net during the first half against Grand Meadow Thursday night in Lyle. Eric Johnson/photodesk@austindailyherald.com 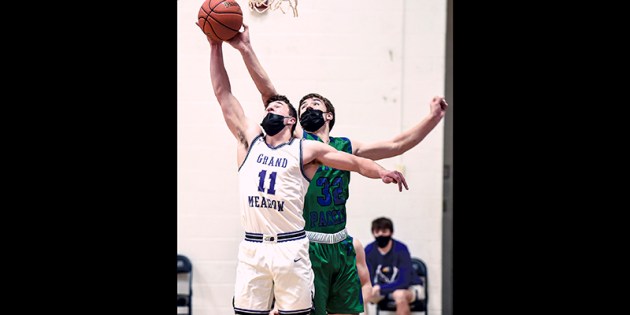 Grand Meadow’s Evan Oehlke and Lyle-Pacelli’s Jed Nelson vie for a rebound during the first half Thursday night in Lyle. Eric Johnson/photodesk@austindailyherald.com 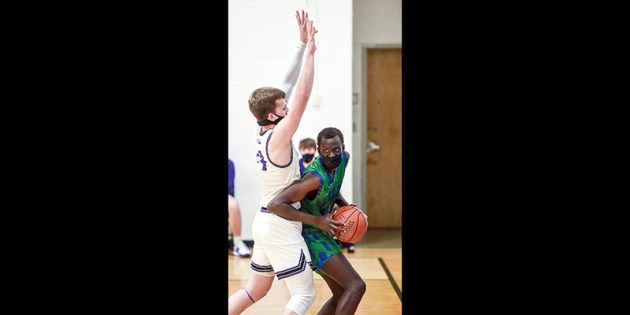 LYLE  — The Lyle-Pacelli boys basketball team’s senior class has grown up and grown together over the last 10 years and they put an exclamation mark on their strangest season yet as they locked up the SEC West title when the Athletics beat Grand Meadow 60-42 Thursday.

Jed Nelson put up 21 points to lead L-P (15-2 overall, 14-1 SEC), but it was a hustle play he made that gave the Athletics an edge down the stretch. After Cole Walter made one of two free throws, Nelson tracked down an offensive rebound and dumped it off to Buay Koak, who found a wide open Sam Nelsen for a baseline three-pointer that put the Athletics up 46-33 with 7:45 left in the game.

Nelson played sparingly as an eighth-grader on the L-P team that won the conference in 2015, but he played a much bigger role on this run.

“It’s a lot of hard work, day in and day out,” Nelson said. “You have to have the best practice every day and when you’re in the game, you can’t have any plays off. That’s what we’ve been preaching all year.”

Nelsen, also a senior, finished with 14 points for the Athletics. Not even the pandemic could break up the bond he and his fellow seniors have built up over the years on and off the court.

“I’ve made a lot of new friends over the years and we’ve been playing together since we were second and third graders,” Nelsen said. “We spent a lot of Saturdays and Sundays together and it’s been nothing but fun. We’re really thankful for the community that we’ve kind of created here.”

The Athletics have now won eight in a row as they’ll enter next week’s Section 1A Tournament on a high note.

While big games lie ahead, L-P head coach Scott Koenigs took a moment to look back on how far his team has come.

“To watch these guys develop, it’s different now. They play so much better defense and they get after people. Hats off to these guys, they’re not real big, but they go hard every night,” Koenigs said. “Cole Walter has grown up from a little tiny eighth grader to a confident kid who has a crazy assist-to-turnover ratio and is a stud on defense. He’s turned into a really good basketball player. “