Packers are still standing after tough loss to Cougars 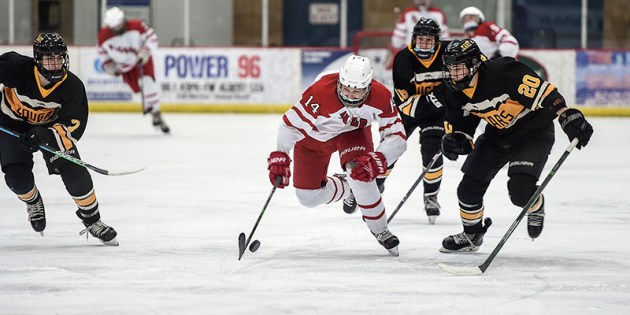 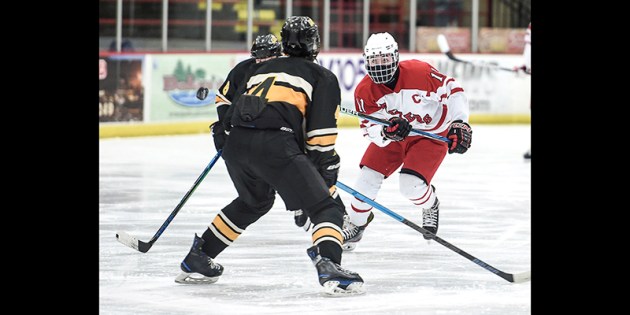 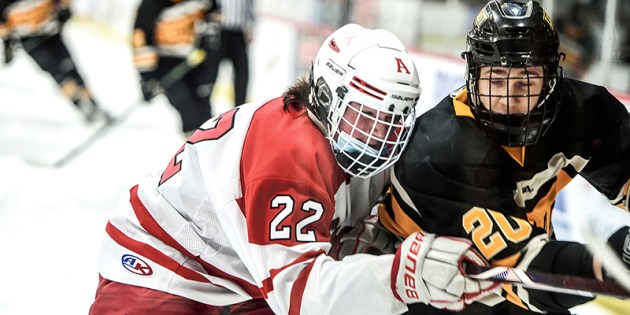 The 10 players who took the ice for the Austin boys hockey team against Mankato East learned a new definition of the word fatigue as they received very little rest in a 18-0 loss to Mankato East in Riverside Arena Tuesday.

After a week without a game due to injuries and suspensions, the Packers (0-14 overall, 0-13 Big Nine) were able to muster up just enough players to play against the Big Nine leading Cougars (13-3 overall, 12-2 Big Nine), who put up six goals in the first period to pull away early.

Austin goalie Bray Klapperick faced shot after shot throughout the night, but he was able to keep it together and finish the night in net. He still had enough left in him to make a couple of diving saves late in the game.

Klapperick finished with 62 saves in his final home game.

“I didn’t really let it get to me. I still had fun with it being my last game at Riverside. I made the best of it,” Klapperick said. “I really think we came together as the Iron Eight. We buckled down and we finished the game.”

Klapperick has only played goalie for two seasons, but he’s learned a lot about the position.

“I think I’ve gained a lot of life strength from it,” Klapperick said. “It’s a lot about different angles and being in the right position.”

The game was in running time for the entire third period.

The Packers will close out their regular season at Winona Thursday night and the postseason will begin next week, where they will likely be on the road.