Pack emerges as a solid option as Vikings roll past Blossoms 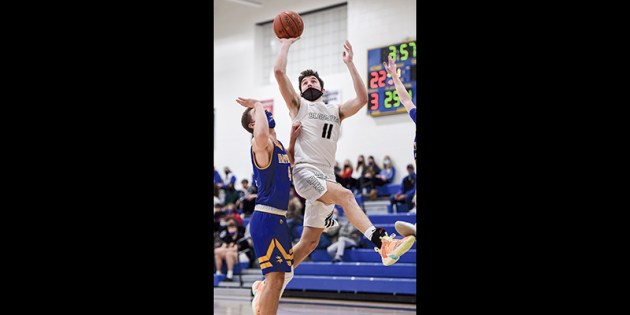 Blooming Prairie’s Dew Kittelson with a putback in the first half against Hayfield in Hayfield. Eric Johnson/photodesk@austindailyherald.com 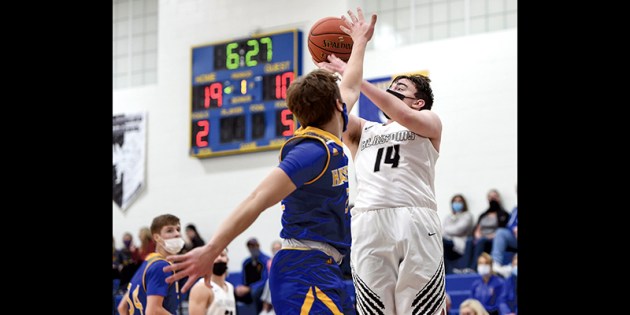 Blooming Prairie’s Jacob Naatz pulls up inside during the first half against Hayfield Thursday night in Hayfield. Eric Johnson/photodesk@austindailyherald.com 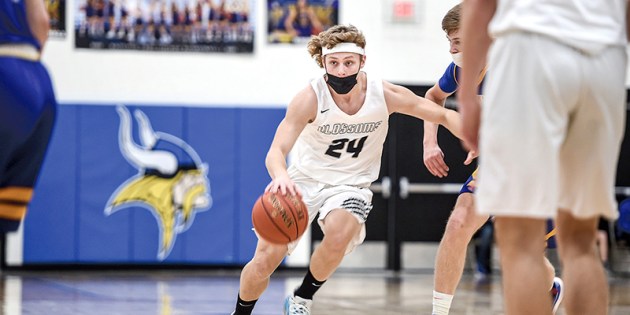 Blooming Prairie’s Colin Jordison drives into the lane during the first half against Hayfield Thursday night in Hayfield. Eric Johnson/photodesk@austindailyherald.com 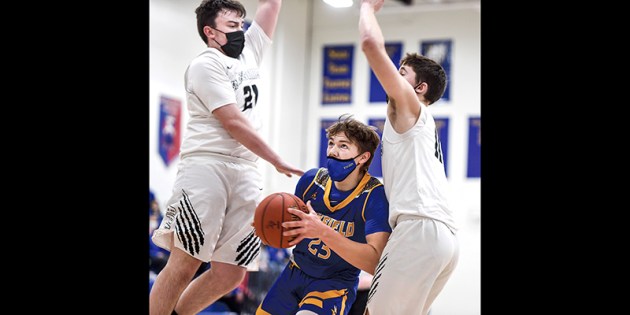 Hayfield’s Ethan Pack cuts between defenders during the first half against Blooming Prairie Thursday night in Hayfield. Eric Johnson/photodesk@austindailyherald.com 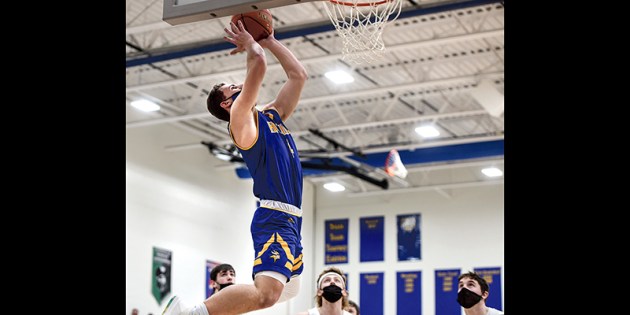 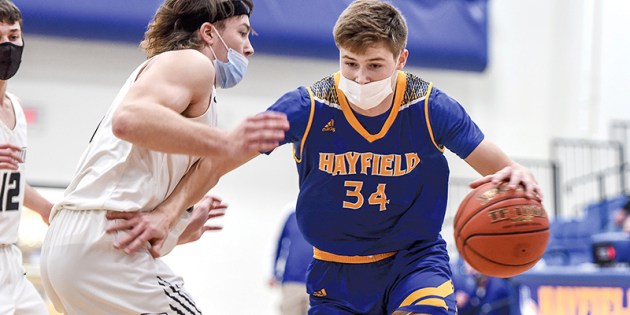 Hayfield’s Ethan Slaathaug pushes his way through the Blooming Prairie defense during the first half Thursday night in Hayfield. Eric Johnson/photodesk@austindailyherald.com 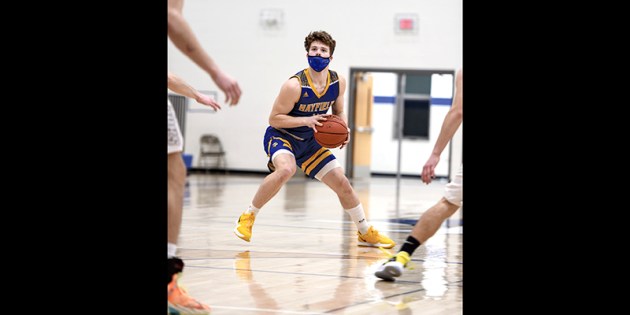 Hayfield’s Isaac Matti pulls up to shoot against Blooming Prairie during the first half Thursday night. Eric Johnson/photodesk@austindailyherald.com

HAYFIELD — Hayfield sophomore Ethan Pack spent most of last year on the JV squad when the Viking boys basketball team came up one win short of a Section 1A title in a loss to Blooming Prairie.

This year, Pack is emerging as the third scorer for a Vikings team that has now won seven straight games after bringing down BP 78-39 in Hayfield Thursday night.

While Ethan Slaathaug (23 points, seven rebounds and four assists) and Isaac Matti, (nine points), draw most of the attention from opposing defenses, Pack has proven to be a guy you can’t leave open. He put up 17 points, while grabbing five rebounds and two steals against the Awesome Blossoms (6-8 overall, 5-7 Gopher).

“It’s fun to be a role player,” Pack said. “Ethan (Slaathaug) and Isaac make me look good and it’s just really fun playing with them. It’s a whole new experience from JV. Now I’m playing with the top dogs.”

Hayfield head coach Chris Pack coached his daughter Rachel in junior high softball and in one fourth basketball game, but the experience of having a kid on his own varsity one is a new one.

“I try to keep the hounding at school and I try to be positive at home. Lately, he’s been shooting well and we’re winning. It’s been really fun. It’s my first go around coaching a kid,” Chris said. “The comfort level is there with our guys. When we move the ball, we’re pretty darn good offensively. When we try to go one-on-one after one pass if they’re not falling it’s tough.”

Ethan said he’s learning to listen to his dad — at home and on the court.

“There’s good times and there’s bad times, but the bad times are my fault,” Ethan said. “He’s a really fun coach to play for and he makes things exciting.”

BP’s team has a much different look from the team that took the Section 1A title as the Blossoms are trying to rebuild. Hayfield (12-3 overall, 10-2 Gopher) has some key players back who played in that game and the team is hungry for another postseason run.

“Last year, they had those five seniors and those guys graduated, but they brought back Kittleson,” Slaathaug said. “Coming into this game, they had won four straight so we couldn’t just go in there and think it’s an easy win. We had to play our hardest and our defense was the top performer of this game.”

The Awesome Blossoms pulled within 14-10 early on when Mitchell Fiebiger scored inside, but soon after Fiebiger picked up his second foul and went to the bench. The Vikings took advantage when Isaac Matti drilled a pair of three-pointers as the Vikings put together an 8-0 burst in a span of just two minutes to go up 22-10 with 6:12 left in the half.

Hayfield led by as many as 15 in the opening frame and capped the half in style as Easton Fritcher, who had 15 points and 10 rebounds, tipped in a rebound to make it 34-20 Vikings as time expired.

“They’re really good,” BP head coach Nate Piller said. “We were hoping that if they missed some three-pointers we could get some rebounds, but they were making three-pointers, and when they didn’t, they were getting the rebounds. You feel demoralized because you’re not getting those rebounds and you keep giving up three point shots It’s tough to shut down all of that offense.”