Our opinion: Outdoors is not your trashcan 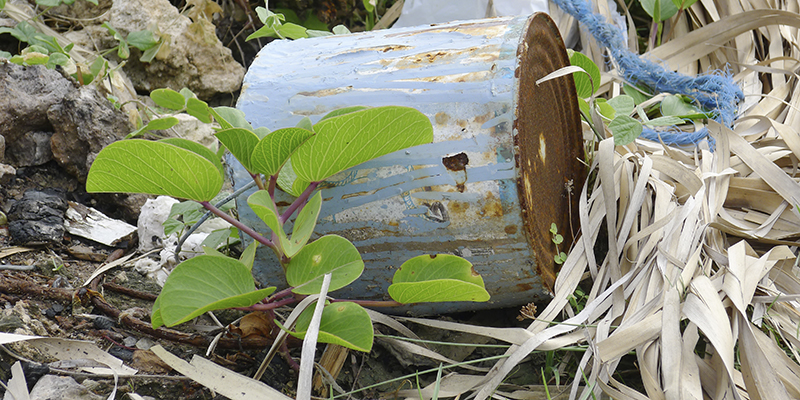 We’ve been seeing this for awhile now this year, particularly during the winter months when people were enjoying the pastime of ice fishing.

We’re referring to the rise in the amount of trash that is left behind.

Minnesotans pride themselves on the outdoor opportunities our state offers, including fishing, hiking and hunting among other retreats, but if we can’t even pick up after ourselves, how can we continue to boast this resource?

In a Minnesota Public Radio post over the weekend, the Minnesota Department of Natural Resources indicated that it had seen a rise in not only the amount of anglers, but the amount of garbage left behind, ranging from beer cans, Styrofoam and plastic bags.

Likely, the uptick is mostly because more people were fishing.

“In some places, it was a little more than usual,” said Joe Albert, spokesperson for the Minnesota Department of Natural Resources in the MPR story. “And that’s likely kind of reflective of the fact that there [were] more people out this year ice fishing.”

But it’s also reflective of a lack of common sense and common decency. These outdoor recreations — that include our lakes and streams — are central to the recreational activities that generate millions of dollars for the State of Minnesota each year.

In 2019, Explore Minnesota reported the economic impact from tourism dollars for the state was over $16.5 million in gross sales and another $1.07 million in sales tax revenue generated.

A major source of this revenue is the ability to hunt our lands and fish our streams and lakes to the benefit of not just the outdoor enthusiasts, but the state and those visiting Minnesota.

Being so careless with our trash and what we leave behind damages not just those dollars, but the land itself. In short, we need to be better stewards of the land.

This extends well past just the economic impact, but to the land itself that will carry our footprint for years to come. But it’s even more basic than that. We need to be better people.

Part of MPR’s story was not only the rise in garbage, but the rise of people willing to help clean up what others leave behind.

“It’s unfortunate we’re at this spot, but you get a lot of people that will go out and clean up trash that isn’t theirs,” Albert said, again in the MPR story. “They’ll go out on the lakes to pick it up before the ice goes away and it falls into the lake.”

We are extremely indebted to those who pick up other’s trash, which becomes detrimental to our wildlife and our lands, but the fact is other people shouldn’t be picking up your trash.

We need all Minnesotans to take pride in our resources and our lands and help take care of it. Take the extra time to pick up after yourself when enjoying what Minnesota has to offer. You make it better for everybody involved.

Sarah Lysne: The joy of a compassionate health care team

Annie Lane: Setting boundaries for the sake of family