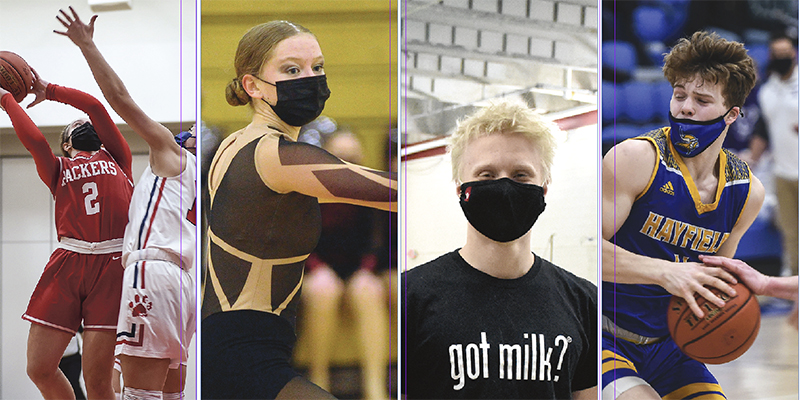 This past week has been a good week for our area athletes. On Wednesday night the Austin Packers girls basketball team and Hayfield Vikings boys team punched their tickets to the Minnesota State Basketball Tournament and on Thursday night the Packers boys nearly joined them, losing a thriller to Byron.

That’s not to mention those teams from our area that went deep into the playoffs, including our neighbors to the west, the Albert Lea Tigers girls basketball team, who played Austin in the Section 1AAA championship.

There was the Austin Packer Dance Team that finished an historic second in the Minnesota State Dance Meet high kick competition.

We congratulate and wish good luck to all of those competing on such a high level and deeply regret any time we can’t give all the coverage to these individuals and teams there fans would like to see. In a turbulent, pandemic fueled world, newspapers and sports departments can be affected as much as the athletes themselves. It’s not an excuse, just a reality. We attempt to get the coverage right every time, but sometimes we get it wrong as we cope with the game schedules, our own schedules and schedules of a tournament that unfortunately remains far too fluid.

Even now, we are coping with trying to react to the unknown on a state level, often on short notice, to ensure all the coverage we can muster.

These athletes and teams deserve as much.

Since last March, COVID-19 has been a constant shadow over everything and student-athletes have had to burden their fair share of disappointments.

It might be easy to say there are more important things than high school sports during this time — and there absolutely is. There’s no amount of minimizing the toll the pandemic has taken on us in terms of loss of life and overall damage to the country.

At the same time we can admit that these games are important to the students and how being able to play them means a ray of normality.

Being able to play sports and hold a postseason, in it’s own way, takes all of us away from our current situations, even if it’s for a few hours.

At the end of the day, the pandemic will still be enforcing its will on us, even as we begin the slow work of recovery. But isn’t it nice for a short while to watch kids be kids and enjoy the simple things that maybe we took for granted?

To the athletes: enjoy this time. It may not exactly be what you ultimately thought it would be, but the community is still there and is still watching you.

Best of luck to the Packers and Vikings at state and congratulations to all the athletes who already have performed in postseason play!