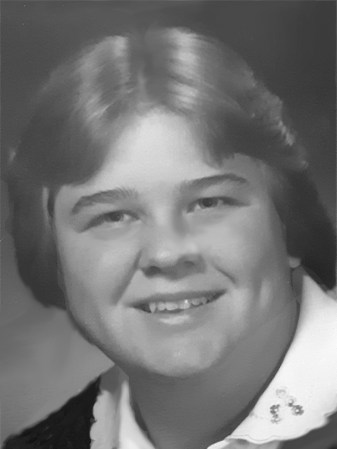 Julie Skifter passed away peacefully March 12, 2021 at Spring Valley Living, where she had resided since 2018.

Born June 26, 1963 in Spring Valley, Minn., Julie Faye Skifter was the seventh of eight children of Ralph and Lorraine (Drinkall) Skifter. Following graduation from Grand Meadow High School in 1981, Julie moved to Long Beach, California to work as a mechanic at her brother’s automotive repair. After a few years, she returned to Minnesota, where she worked at Hy-Vee and, later, at Ability Building Center.

At the age of 21, Julie was diagnosed with multiple sclerosis. She was able to live independently many years in Austin, Minn., but as her health deteriorated, she eventually moved to Spring Valley Living, where she resided until her death.

Julie was baptized and confirmed at Grand Meadow Lutheran Church. She was known for her vibrant personality and made friends easily. She rarely turned down a card game and was a lover of sports, especially the Minnesota Twins, Vikings and Grand Meadow Superlarks. She turned into a “big kid” when her many nieces and nephews were around and loved playing football and softball with them during family get-togethers.

At Julie’s request, her body will be donated to the Mayo Clinic for the advancement of science. A private family service will be held at a later date.