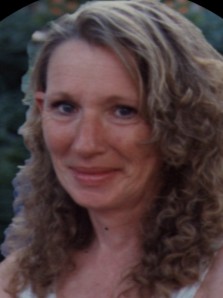 Funeral service for Janice Neumann will be held at 6:00 p.m., Friday, March 12, 2021 at Gillette Memorial Chapel with Pastor Ernie Bishop officiating. Visitation will take place two hours prior to the service beginning at 4:00 p.m. Born on May 22, 1945 in Austin, Minnesota to Milton and Stella Norton. Jan was the youngest of her eight siblings. In 1963, Jan was married to Ronald Schroeder. In 1964 Jan and Ronald were blessed with a son. In 1968, Jan married Richard Neumann. Richard and Jan welcomed their daughter in 1970 and Jan became a mother of three in 1975 with the birth of her second son.

Throughout her life she was able to enjoy living in a multitude of locations including spending considerable time with her children living in San Diego and later enjoying some time with her twin sister in Fort Worth. In 2010 she settled down in Gillette and began working for Behavioral Health Services where she worked to help others. In her free time, you would find Jan spending time with her family or having a cup of coffee with friends. Jan enjoyed dancing, singing, sewing, and playing the guitar. She will be remembered as a great mother, grandmother, sister and friend.

Jan is survived through her children: Richard and Elena of Marysville, WA; Marti and Jason of Gillette, WY; Milton and Heidi of El Mirage, AZ. Her grandchildren: Janna (Kyle) Merchen, Ricky (Brooklyn) Neumann, Christopher Frye, Jonathan Neumann, Joseph Neumann, Tiffany Frye, Hailey Neumann and Brice Neumann. Her great grandchildren: Jacob, Kiley, Frances, Jason, Cassius and Zane. Her siblings: Barb of Waverly, MN; Elaine of Austin, MN; Eudell (Maynard) of Joliet, IL; Judy of Fort Worth, TX; Richard Pederson of Rose Creek, MN and Jean Norton of Austin, MN. Jan now joins her parents Milton and Stella, her Sisters Jackie and Aggie, and her Brother John in Heaven. The family request that memorials be made to Jason Frye to help with funeral costs. Memorials and condolence may be sent in care of Gillette Memorial Chapel 210 West 5th Street, Gillette, WY 82716. Condolences may also be expressed at www.gillettememorialchapel.com