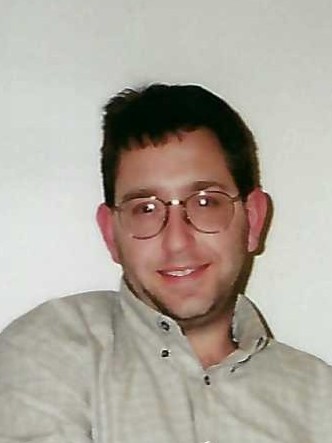 James was born the son of Charles and Diane (Larson) Fessler on May 30, 1972, in Austin, Minnesota. He graduated from Austin Pacelli High School in 1990. He then attended Northland Technical and Community College in Thief River Falls where he received his associates degree in Aircraft Mechanical. He received his aircraft mechanical license and moved to Minneapolis where he worked at MSP Airport. He was united in marriage to Margaret Wille on September 16, 2000, in Hampton. They made their home in Northfield. James began working for Malt-o-Meal, Post Consumer Brands where he was a team lead for 27 years.

James enjoyed putting together airplane models and rockets. He loved dancing and danced all the time at weddings and other gatherings. He was known for tormenting his family in a good way and loved his family very much. He had a heart of gold and gave the longest hugs. James was also one to help his neighbors with snow shoveling or loaning his trailer to co-workers when they moved. He just wanted everyone to be happy. Life wasn’t always easy for him, but he would be the first to say he loved you.

James is survived by his wife Margaret of Northfield; two sons, Adam and Coltin of Northfield; and his sisters Wendy (Lowell) Meyer of Austin, Kerry (Jeff) Schneider of Backus, and Heidi (Mark Murphy) Fessler of Hugo. He was preceded in death by his parents and a sister, Vicki Fessler.

Private family services will be held at a later date. The family will be planning a celebration of life this Summer for friends and family. To honor James, the family asks that you just dance.