‘I’ve had many good memories’ 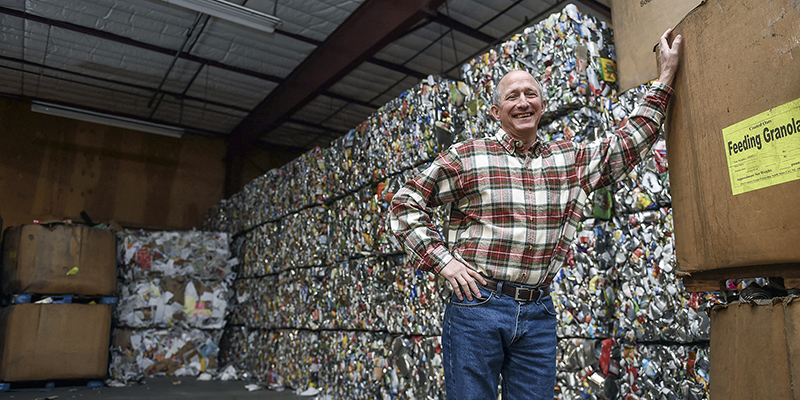 After over 30 years with the county, Mower County Recycling Center Solid Waste Officer Jeff Weaver will be retiring. Eric Johnson/photodesk@austindailyherald.com

In February 1988, Jeff Weaver was hired by Mower County with a goal in mind: establish a county-wide recycling program.

Now after 33 years of being in charge of Mower County Recycling, Weaver will officially be retiring on March 31.

“I’ve had many good memories,” he said.

When Weaver first came on board, the county had no recycling program. On top of the challenge of establishing the program was getting a facility built.

“The first year and a half, before we got the recycling center started, I wrote some state grants,” Weaver recalled. “We got some seed grants from what is now the Minnesota Pollution Control Agency. The first (grant) was $415,588.50, and that was to help pay for the building and the equipment we were buying.” 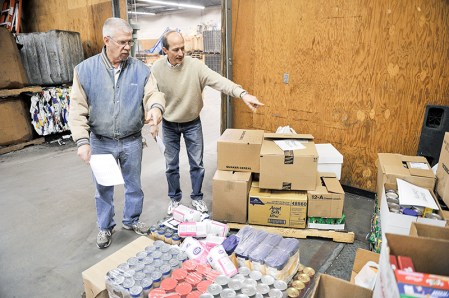 Jeff Weaver and Daryl Gullickson, left, look over the food raised by city and county employees during the annual city/county food drive at the recycling center in December 2012.
Herald file photo

The original plan was to have the facility open in July of 1989; however, the contractors pushed the date back on several occasions, delaying the opening until October 1989.

“In the meantime, we had lots of meetings with every city in the county,” Weaver said. “We started out in the smaller communities too; we didn’t start out with just curbside pick-up in Austin. Smaller communities had recycling sheds. We couldn’t get started until October and we’d had contract meetings with our garbage haulers because they were going to be the first people to pick up our recycling; we’d let the haulers pick up their own customers. I remember Austin Sanitation called me after we were finally told October and they said they knew it wasn’t my fault, but I’d been putting it off and putting it off. They said, ‘If you don’t start picking up starting early September, you’re going to have a riot because people have been saving this stuff and they want to recycle.’ We started picking up a month before we opened the doors and we stored it inside.”

“I would come to the building some days, before we had garage doors on, and there would be people dropping their recycling inside the building,” he added. “It worked out really well because when we had our open house, all of the machines were brand new and ready to go, but we had a month’s worth of stuff and people could see what it was going to look like.”

Once the facility opened, the public wholeheartedly embraced the recycling program.

“People were so happy that we were starting this,” Weaver said. “We never made it mandatory; our program has always been voluntary. All of the people were so excited.”

In 1995, an addition was added to the north end of the facility for household hazardous waste. Weaver recalled that decision was prompted by an event held in 1992.

“At first there weren’t many facilities that took household hazardous waste,” he said. “What we did in 1992, we had a one day household hazardous waste collection and we must have had 50 to 75 volunteers from the public and a lot of service clubs. We had a truck come from the company that was going to take all of this stuff and they had a few people with them that were experts in how to categorize these items. The volunteers would take the stuff from the cars and the experts would sort them out. At the same time, we did an ag collection, so the farmers were bringing in pesticides. We had 720 cars that day. Seven hundred twenty cars in a day is a big event.”

Despite all of the good memories, Weaver said the early days of getting the program started were his fondest.

“Everybody was really excited to get started and do this,” he said. “I was ordering equipment that I had never used. I was ordering glass crushers and I was ordering granulators and forklifts. All of the things I was doing to get ready was a really good time. It was a lot of work; I can’t believe I got all of that accomplished in the first year and nine months before we opened the doors. But, figuring out how this was going to work and doing all of this stuff to get ready was really an enjoyable experience. That has to be my fondest memory.”

“That and dealing with the public.”