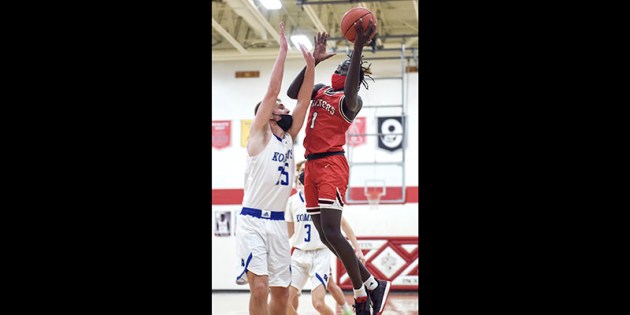 Austin’s Okey Okey with a runner during the first half in a Section 1AAA semifinal game against Kasson-Mantorville in Packer Gym Saturday night. Eric Johnson/photodesk@austindailyherald.com 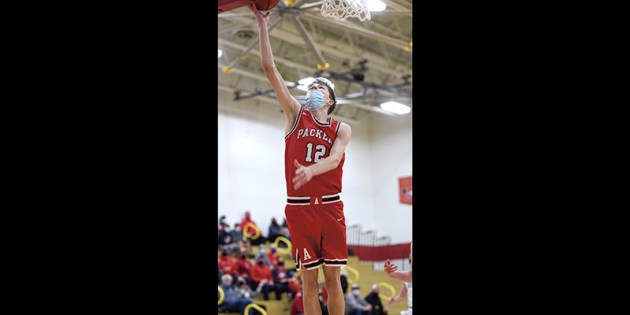 Austin’s Jordan Ransom with a lay-up in the first half against Kasson-Mantorville Saturday night during a Section 1AAA semifinal game in Packer Gym. Eric Johnson/photodesk@austindailyherald.com 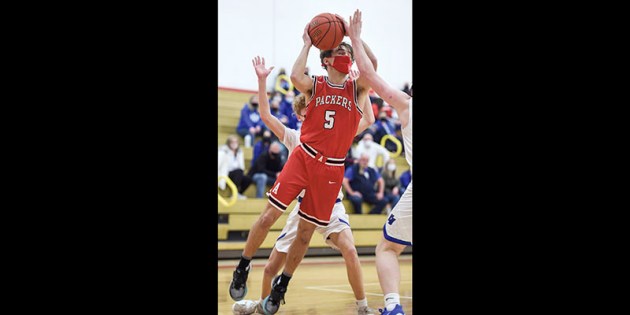 Austin’s Casey Berg shoots from along the baseline during the first half against Kasson-Mantorville in a Section 1AAA Tournament semifinal Saturday night in Packer Gym. Eric Johnson/photodesk@austindailyherald.com 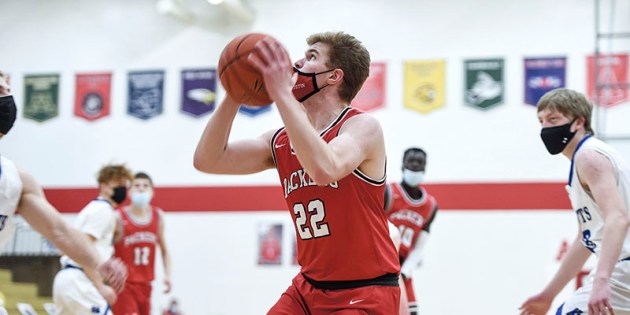 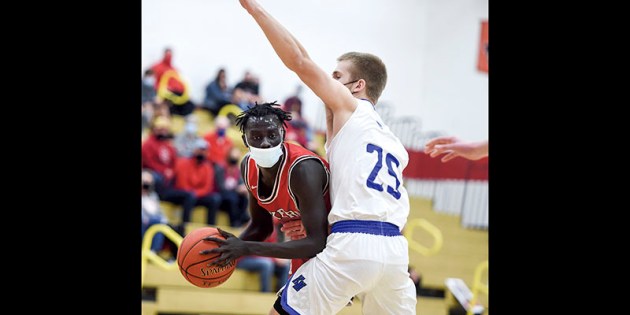 Austin Dieth Duoth leans forward around the defense looking for a shot during the first half against Kasson-Mantorville Saturday night in a Section 1AAA semifinal game in Packer Gym. Eric Johnson/photodesk@austindailyherald.com 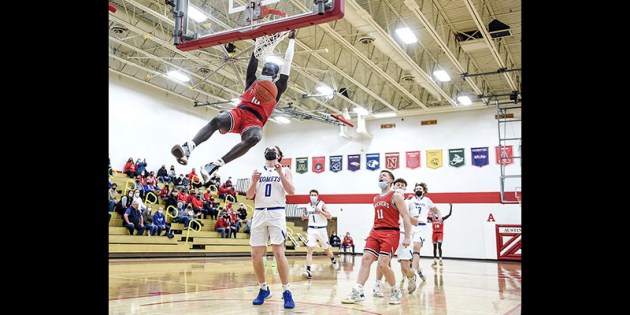 Emmanuel Manyuon finished off a dunk off a breakaway against Kasson-Mantorville in a Section 1AAA semifinal game Saturday in Packer Gym. Eric Johnson/photodesk@austindailyherald.com

Despite facing a shortened bench and an injured starter, the Packers haven’t missed a beat as they grabbed their 11th straight victory when they toppled No. 5 seeded Kasson-Mantorville 76-43 in a Section 1AAA semifinal in Packer Gym Saturday.

That consistency has come from some big improvements in the Packer lineup and no Austin player has improved more this season than Dieth Duop, who finished with 13 points, two rebounds and two blocked  shots, while hustling throughout the night.

Duop, a senior, didn’t play any varsity minutes last season and he was playing off the bench earlier this season, but he’s gained his confidence with Victor Idris out of the lineup.

“He’s a great energy guy and he’s always been that, but he’s really improved his overall game,” Austin head coach Kris Fadness said of Duop. “He looked really good out there tonight. He’s everywhere and he communicates really well on the floor, defensively. Now he’s finding his niches offensively where he can get a bucket here or there.”

Duop has taken a must-win approach to his final stretch as a Packer. He’s not afraid to mix it up in the paint and he doesn’t worry about who is on the schedule.

“We’re going to fight until we can’t. That’s just how it is,” Duop said. “All of the guys have been positive with me and they’ve encouraged me to shoot. Victor’s been gone and I have to step up now.”

The Packers (17-2 overall) ran out to a 15-2 lead on KM as Emmanuel Manyuon scored 10 of his 19 points in the first four minutes of the game. Okey Okey had 19 points for Austin and Teyghan Hovland added 10 points, 10 rebounds, five steals and three assists.

Hovland has seen Duop blossom next to him in the lineup and he’s also brought a sense of drive to the lineup himself.

“At the beginning of the year Dieth was a nervous wreck and he was running around like he didn’t know what was going on. He’s come a long way and he’s definitely shining on the big stage now,” Hovland said. “Nobody comes in here and takes it to us. We take it to them because we want to defend our homecourt. We want to keep playing hard to do it for our fans, our city and for each other. Last seniors didn’t get a chance to do this and we’re playing for them too.”

KM (8-12 overall) is now the 13th opponent that Austin has held to 50 or fewer points this season as the Packers have stayed locked in and focused on the defensive end of the floor. That defense will face a big test when Austin hosts No. 2 seeded Byron in the Section 1AAA title game in Packer Gym at 7 p.m. Thursday.

The Bears feature one of the state’s top big men in Ahjany Lee, who has multiple Division I offers.

“I like the way we played tonight. If we come out with the same energy we had tonight, I think it will be a heck of a game,” Fadness said. “They’re very good, but I like our squad. I feel we’re very connected defensively and we’re getting better defensively. Our seniors have been locked in.”

Idris is not expected to return for Thursday’s game, but Austin’s JV players will be able to resume practice on Monday if they are on the varsity roster.

Austin will host No. 2 Byron in the Section 1AAA title game in Packer Gym at 7 p.m. Thursday. Wednesday.