Board man gets paid, Hayfield advances 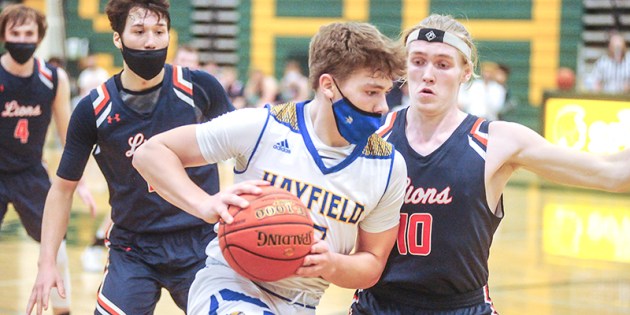 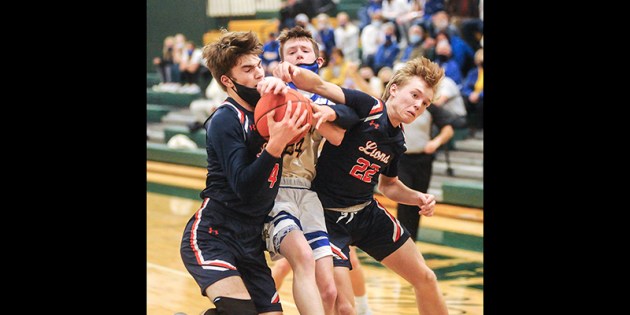 Hayfield's Kobe Foster fights for a rebound with Legacy's Charlie Bovee (34) and Thomas Steffen (22) in the Minnesota Class A quarterfinals in Mayo Wednesday. Rocky Hulne/sports@austindailyherald.com 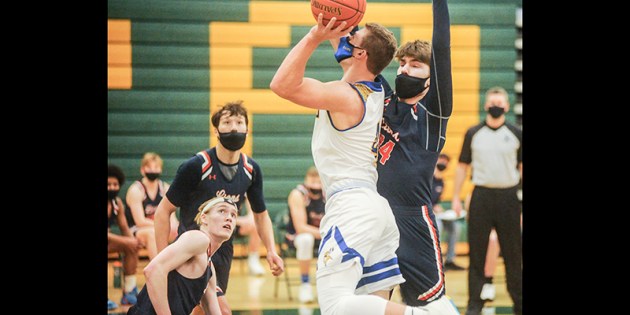 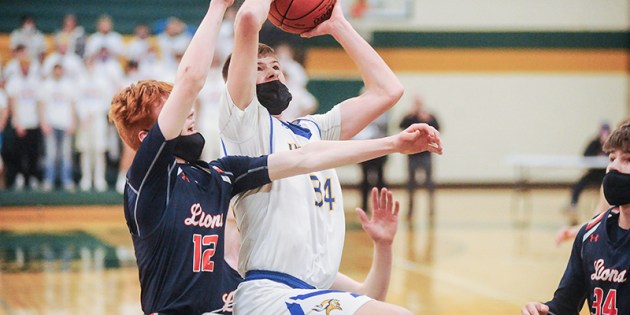 Ethan Slaathaug takes it to the rim against Micah Strand in the Minnesota Class A quarterfinals. Herald File Photo 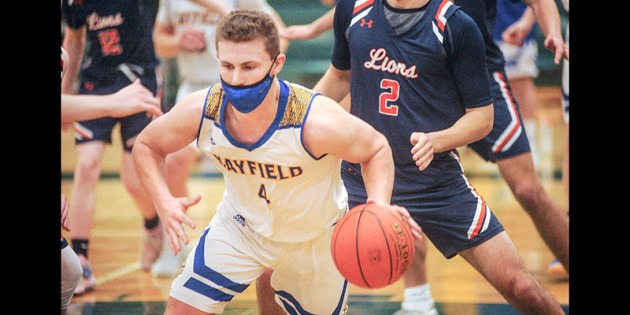 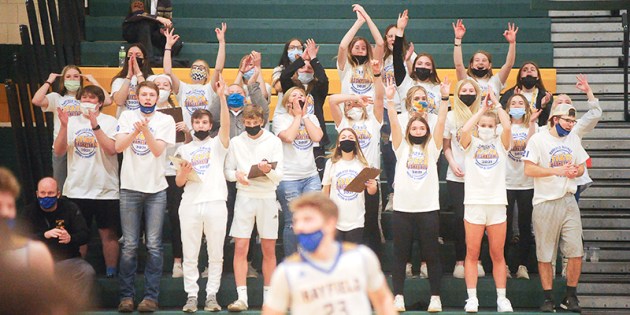 The Hayfield student section reacts to a three-pointer by Ethan Pack. Rocky Hulne/sports@austindailyherald.com 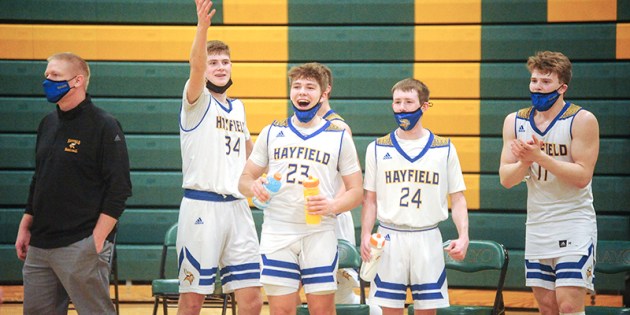 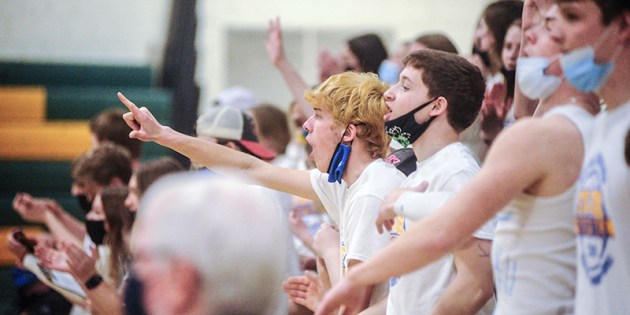 Fritcher rips down 29 rebounds as Vikings take down Legacy Christian

ROCHESTER — Although he thrives in the spring, Hayfield junior Easton Fritcher wasn’t going to let a loose ball hit the floor as he kept the Hayfield winter season alive for another week.

Fritcher ripped down a career-high 29 rebounds and with his energy led the Vikings to a 62-43 win over Legacy Christian Academy in the Minnesota Class A Boys State Basketball Tournament quarterfinals Tuesday.

While Fritcher’s specialty sport is baseball, he also chipped in 12 points on the court.

“I’ve been doing basketball and I’ll still do some sort of baseball regardless. I’m not sure if (head coach Chris) Pack knew about that or not, but I have enough time on my hands to manage both,” Fritcher said. “I boxed out and the ball was coming my way today. I just box and then I go get it. They liked to push, but I can push back.”

Fricher’s hustle held the Lions (20-2 overall) to a lot of one-shot possessions. He also produced plenty of second chances for Hayfield sharpshooters Isaac Matti, who finished with 18 points and four assists, and Ethan Pack, who put up 13 points.

“We expect that from Easton, but tonight he stepped up and he got every rebound. He tries to do that every night, but tonight he actually did I think,” Chris Pack said. “To control the glass was huge.”

Hayfield trailed 7-0 early on, but Ethan Slaathaug calmly drilled a three to put the Vikings on the board and then knocked down back-to-back triples to put Hayfield up 15-11 with 8:55 left in the first half. From that point on, Slaathaug slid into the role of play-maker as he finished with 17 points, three rebounds and five assists after averaging nearly 30 per game in the Section 1A tournament.

“I knew they would probably collapse on me and not let me shoot,” Slaathaug said. “I had to treat it like the Lyle game where I had that triple double. Isaac and Ethan (Pack) were open in the corners all game. It made us more comfortable having played (in Mayo) last week.”

The first half was a back and forth battle, but a three by Ethan Pack gave Hayfield a 27-24 advantage with 49 seconds left. Harley Kendall hit a three to tie the game at 27 for the Lions early in the second half, but the Vikings (19-4 overall) responded when Slaathaug scored to trigger a 14-3 Hayfield rally. That run was capped by a Matti three-pointer that put Hayfield up 41-30 with 11:11 left. The Lions got no closer than six the rest of the way.

Hayfield had just five turnovers and went 20-for-24 on free throws, while knocking down eight threes as a team. The Vikings rode their five starters until the final minute of the game.

“I thought we did a good job against the press,” Chris Pack said. “I think they wanted to tire us out. It’s not that we don’t trust our other guys, I just wanted to stay with our starters and it speaks to how much they are in shape.”

Hayfield has now won 17 of 19 games after it dropped two of its first three games of the season. Slaathaug clearly remembers the slow start and showed a lot of leadership in that moment that has carried through to today.

“We were 1-2 and I remember Isaac said ‘this isn’t supposed to happen and we’re supposed to be great,'” Slaathaug said. “I just told him to relax. It’s a great accomplishment for the whole team and the whole community.”

Hayfield will play either North Badger/GB-MR in the state semifinals at Target Center at noon on Wednesday, April 7.

Having another basketball game on the schedule means that Fritcher will have to wait a little longer for his first high school baseball game since 2019, but he’s willing to wait.

“I’m very thankful to be playing in Target Center,” Fritcher said. “In a normal year it wouldn’t be this way (where we have to wait until the second round to play in a big venue). We knew we would have to fight through today and it was a great defensive effort.”