Back in the high life again: L-P’s Christianson has renewed her winning ways at RCTC 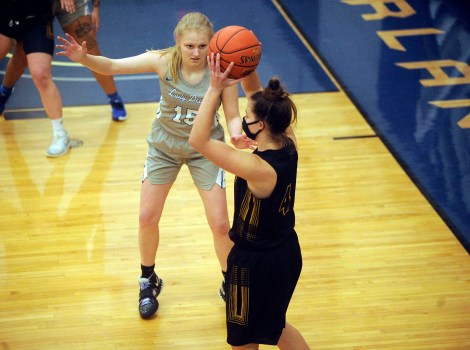 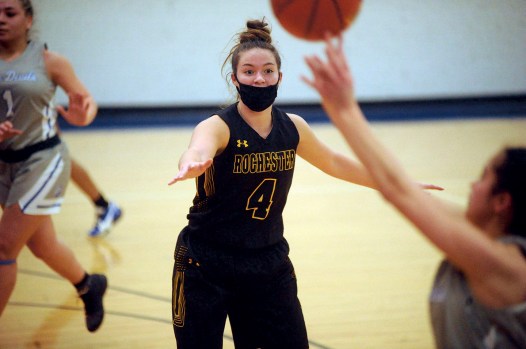 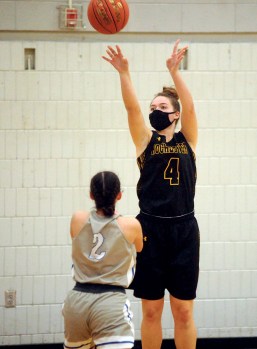 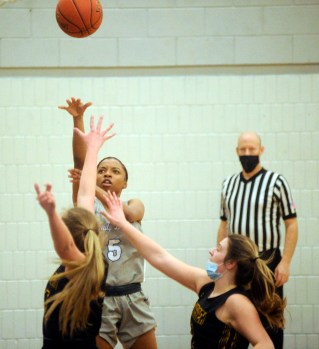 Jade Love puts up a shot for the Blue Devils. Rocky Hulne/sports@austindailyherald.com 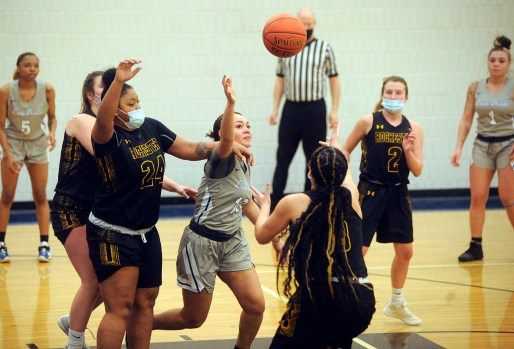 Lyle grad Olivia Christianson is back in her comfort zone.

After a tough season that saw the Lyle-Pacelli girls basketball team finish 6-20 overall last season, Christianson is back on a winning team as she helped the Rochester Community and Technical College women’s basketball team win its 10th straight game to start the season when the Yellowjackets beat Riverland Community College 78-36 in Riverland Wednesday.

Christianson put up 14 points, 11 rebounds and four steals for the Yellowjackets, who are off to a hot start after not having a team last year.

“We were all excited to start something with our coaches this year. We wanted to start something new and great,” Christianson said. “I’m playing a similar role as I did in high school and I’m adjusting to it. At first it felt like I was a little unfinished at Lyle because of COVID last year. But it’s really coming together here at RCTC and I really like the girls that I play with. We play well together.”

Headed into Wednesday’s game, Christianson was averaging a team-high 22.1 points, to go along with 7.2 rebounds, 4.2 assists and 4.9 steals per game.

Christianson was nothing short of outstanding at L-P. She is the program’s all-time leading scorer with 2,117 career points and the Athletics went 134-42 while playing in two state tournaments and winning one state title in her six years as a contributor.

“We have similar assets here that we had in Lyle-Pacelli a couple of years ago. It brings back the winning, and the want and capability to win with experienced players,” Christianson said.

While playing in a pandemic has some unique challenges, Christianson said her and the Yellowjackets have created their own bubble, which allows the team to get together. They rarely get the chance to see each other at school as Christianson has just one in-person class, but they make time for team bonding.

With the success she’s enjoyed at RCTC, Christianson is considering the prospect of playing at a four-year school, but she does plan on returning to RCTC for her sophomore season next year.

Most of all, she’s thankful to have the chance to play basketball this year.

“We are so blessed to have an opportunity to play,” Christianson said. “In December we weren’t sure if it was going to happen at all. We’re really just enjoying it and not taking it for granted.”