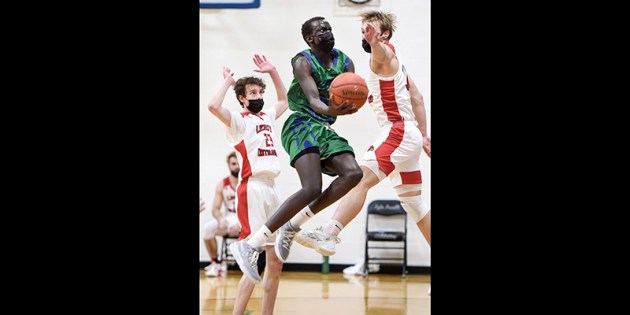 Lyle-Pacelli’s Buay Koak goes up for a lay-up against LeRoy-Ostrander Monday night in Lyle. Eric Johnson/photodesk@austindailyherald.com 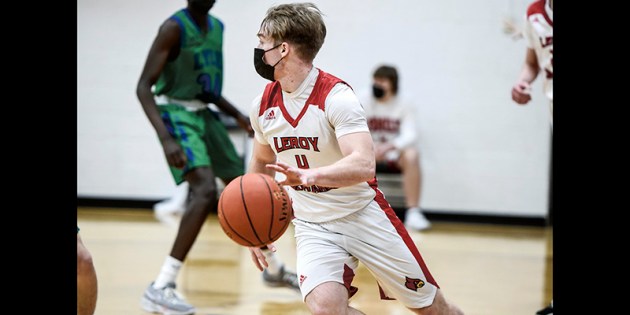 LeRoy-Ostrander’s Chase Johnson turns with the ball after a rebound Monday night against Lyle-Pacelli in Lyle. Eric Johnson/photodesk@austindailyherald.com 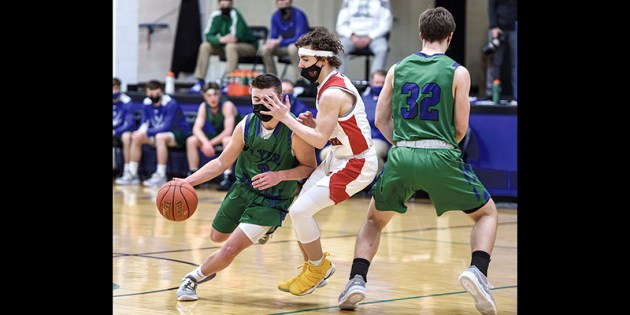 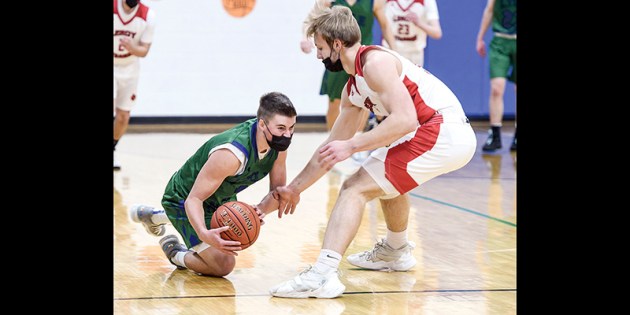 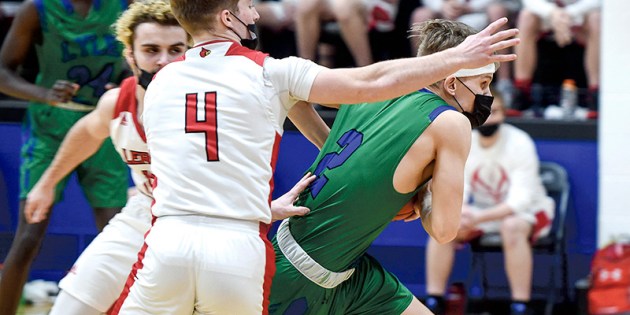 Lyle-Pacelli’s Zach Bollingberg splits a pair of LeRoy-Ostrander players during the first half Monday night in Lyle. Eric Johnson/photodesk@austindailyherald.com 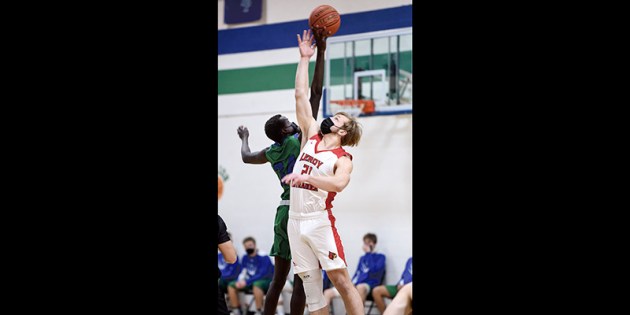 LYLE — Lyle-Pacelli senior Jed Nelson may have been bleeding from the side of his head after what will be his third contest in four days, but he found a reason to smile as he helped the Athletics lock down an 89-58 win over LeRoy-Ostrander Monday.

Two days after L-P edged out a tough Randolph team and one day before a huge showdown with Spring Grove, Nelson put up 20 points, five rebounds, three steals and three assists against L-O standout Tanner Olson, who finished with 20 points, nine rebounds and four blocks.

“On defense, I really wanted to take his right hand away and I think we did that for the majority of the game,” Nelson said. “You’ve just got to attack him on offense and we did that in the second half.”

After a back and forth first half, Zach Bollingberg ignited the L-P push in the second half when he drew a charge to force Olson’s fourth foul with Athletics leading 44-36 with 16:33 left in the game.

“It’s fun taking charges,” Bollingberg said. “Especially when they’re coming right at you and you know it’s coming. It might hurt for a little bit, but it’s a big play and it gets the team pumped up.”

After the Cards got within 46-36, the Athletics turned that spark into a blazing fire as they put together an 8-0 burst to go up 54-38. Jed Nelson hit a three and Bollingberg had a steal that he converted for a three-point play during the decisive run.

“I had to get after them a little bit at halftime. We had to play a really good Randolph team on Saturday, and then we have a big game against Spring Grove on Tuesday,” L-P head coach Scott Koenigs said. “We didn’t get a practice in on Sunday obviously, so we’re kind of shooting from the hip. We made a couple of adjustments at halftime.”

The Cardinals led throughout much of the first eight minutes of the contest and they took a 22-19 lead when Levi Royston scored with 10 minutes left in the half. L-P’s Cole Walter responded with back-to-back three-pointers to put the Athletics up 26-24 with 7:34 left in the game.

“LeRoy’s got a decent squad for sure,” Koenigs said. “They’ve got some guys that can play and we’ve got this huge showdown coming up against Spring Grove. I hope that wasn’t on our minds, but you’ve got to wonder. I saw LeRoy was ready to go in warm ups and Olson hit some big threes.”

L-P’s lead was as big as 10 in the first half and Royston knocked down a fade-away three with 51.1 seconds left in the frame to bring the Cardinals within 40-33.

L-P sophomore Trey Anderson made a couple of big plays in the second half for the Athletics as he dove for a rebound to set up a bucket and threw a lob pass to Buay Koak, who put it down for a two-handed jam in the half court offense to put the Athletics up 69-48 with 8:38 left.