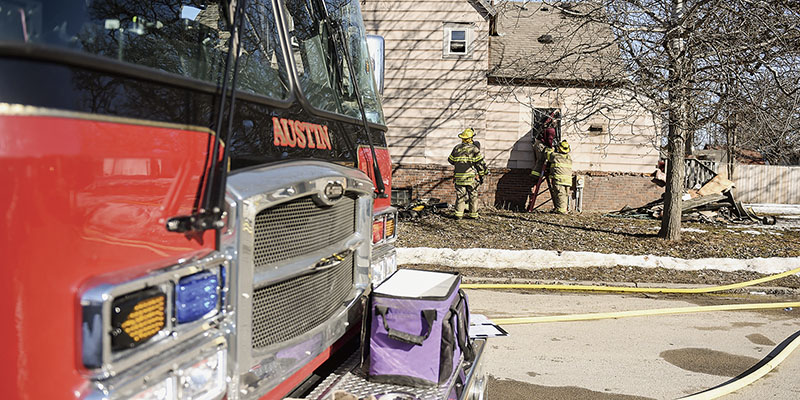 The in-depth training, taught by firefighters and other health experts, gave Austin firefighters actionable tips on how to protect themselves from cardiac issues, which is one of the three problems most commonly experienced by those in the fire service, other than cancer and emotional trauma issues.

The training class was hosted by the Minnesota Firefighter Initiative (MnFIRE), the statewide advocacy organization that equips firefighters and the people who care about them with resources to address the growing health crisis in the Minnesota fire service. MnFIRE recently received a $400,000 grant from the Fire Service Advisory Committee (FSAC) to train all Minnesota firefighters to become “MnFIRE Aware” of their occupational health risks by June 30.

The Austin Fire Department joins a list of more than 8,000 firefighters who have already received the training statewide.

“By participating in this important training, Austin proved that the health of their hometown heroes is a priority,” said MnFIRE President George Esbensen. “There’s a health crisis in the Minnesota fire service and it’s more important than ever that firefighters across the state are aware of their heightened risk for cardiac, emotional trauma and cancer issues.”

In addition to conducting MnFIRE Aware Trainings both in person and online at no cost to departments, MnFIRE offers a confidential, toll-free helpline (888-784-6634) for firefighters in crisis. The nonprofit is also spearheading a legislative initiative to improve access to care for firefighters in need of treatment for cancer, cardiac and emotional trauma issues – the Hometown Heroes Assistance Program, which is planned to be introduced during the 2021 legislative session.