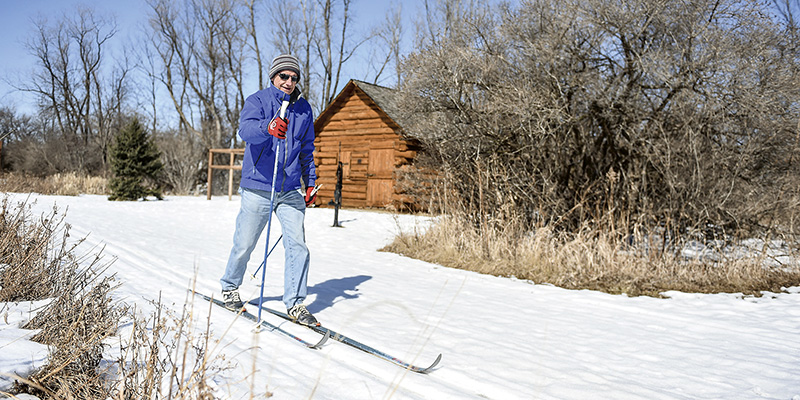 In the 1930s, Jay C. Hormel wished to create a monument to nature in the form of trees and plants from around the world; however, it remains unknown if Hormel ever knew what The Hormel Arboretum could turn into, much less what it has turned into.

“I think it’s become what all of us envisioned and what we hoped it would be,” said Dr. Richard Nordin.

At around 520 acres, the Nature Center has become a destination for those who love the outdoors, carving out a piece of Austin devoted to preserving nature.

But at the same time, it’s a far cry different than its earlier years when it was established with just 123 acres. Nordin remembered those early days as chairman of the original Lay Advisory Committee, which oversaw planning and development of the center — a center that almost never was. 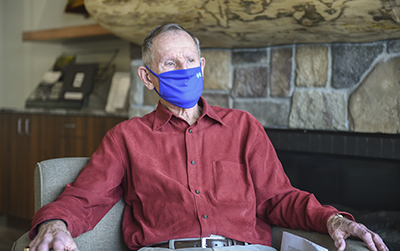 “I think it’s become what all of us envisioned and what we hoped it would be.” — Dr. Richard Nordin

“It was really a privilege being on that committee,” Nordin said, sitting by the fireplace in the Interpretive Center, which was opened in 2017. “They were smart people who know what a nature center should be.”

Originally, the 123 acres that would become the starting point of the Nature Center was primed for real estate development by Gordie Hormel. This included leanings toward a strip mall development that included a gas station, motel and retail businesses.

This would have meant removing the trees alongside the south side of the original Hormel property on which Nexus-Gerard Family Healing currently sits. This encompassed the arboretum Jay C. Hormel established, which in and of itself was part of a larger 800 acre game refuge.

However, in March of 1971, the 123 acres were purchased for $123,000 through a combination of state and federal funds. In a twist, the city began looking at the possibility of putting it under state direction.

“The city council directed the city attorney to investigate to see if the Minnesota Department of Natural Resources would take it over and operate as a state park,” Nordin said. “About 50 people told them this was a bad idea.”

Soon after, it was named for the man that started it all — Jay C. Hormel. Even that changed though, as the Parks and Recreation and City Council supported calling it the Kings Wood Nature Center.

“One of the first things is we had to come up with a name for it,” Nordin said. “After some deliberation they decided on Kings Wood, named after Geordie Hormel’s supper club and hotel in the 50s and 60s. People recognized it should recognize the person who put it all together.”

Nordin remembered fondly those early days of the Nature Center.

“It was great,” he said. “I used to come out with the entire family and walk. It was a great place to walk as it is now.”

However, purchasing the land was only one step. There were trails to be groomed and other aspects to be added that would truly turn the property into something that would welcome the public to the lands.

In the same year the land was purchased, the City Council earmarked $4,500 to commission the National Audubon Society to come up with a master plan for the Nature Center. On the heels of that came a $14,000 grant that same year that was matched by both state and federal funds and was put towards developing a parking lot, digging out a wildlife pond, building bridges and developing two and a half miles of trails.

Over time, the Nature Center steadily built around those early years, gradually adding when they could.

In 1972, the Mood Kiwanis Club planted 50 Black Hills spruce trees to commemorate 50 years in Austin, and in 1973, the Lion’s Club Covered Bridge was dedicated.

Dr. Richard Nordin skis off into the Jay C. Hormel Nature Center Monday afternoon. Nordin was the chairman of the Lay Advisory Committee that brought the Nature Center into existence 50 years ago. Eric Johnson/photodesk@austindailyherald.com

“We were thinking big,” Nordin said. “I was really happy that it would expand more. Obviously, the committee had things like that in mind. To see it now expanded way out there, that’s just really great.”

One thing, however, was still missing. To truly meet early educational goals the committee thought were so important, the Nature Center needed an Interpretive Center. Funding was tight after so much of the early work, but eventually funds were found. In 1974, the Ofer Foundation in St. Paul funded a grant for $57,560 over three years for construction of the center, as well as furnishing and staffing the building. This was bolstered through negotiations with vocational technical students from Austin Junior College who handled carpentry, electrical and plumbing work as course credits. The funds were finally topped off by The Hormel Foundation, who provided the final $10,000 needed to complete the project.

“Even in the early years, The Hormel Foundation has certainly been very supportive in everything they’ve done for the Nature Center and the community,” Nordin said.

The building of the Interpretive Center allowed the Nature Center to go through with the educational aspect, something organizers wanted for the land from the beginning. Over the years, it’s proven to be an invaluable resource for schools not only in Austin, but throughout southeast Minnesota.

“That’s so important,” Nordin said. “I come out and see the school buses sitting out here. That’s a lot of what we had in mind.”

The new Interpretive Center not only supports this educational drive, it does so with an interactive experience that would have been the envy of those early organizers on the Lay Advisory Committee, many of whom were educators in their own right.

Nordin still visits the Nature Center today for hiking or cross country skiing. He gets to see each time he visits how very different things were from those early days and how the Nature Center has risen to the potential organizers saw early on.

But in some ways, Nordin sees many of the similarities from the 70s as well.

“In some respects it’s not that much different,” Nordin said. “There’s real joy and satisfaction [in what it’s become]. That’s what we were trying to do. It’s a satisfying and warm feeling.”

Throughout the year, the Nature Center will continue celebrating its 50-year milestone and it will do so with a community that has come to love its very own door to nature.