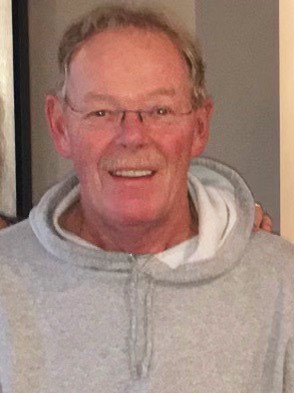 Tom was born on September 16, 1950 in Austin, MN to Arnie and Mickey Gabrielson, the second of six children. Tom grew up in Austin and moved to Minneapolis after high school graduation. He went to work for Rubenstein and Ziff, textile distributors, where he met his future wife Dawn in 1977. Tom later worked for Northern Tool as an international buyer until he retired in 2001. A highlight of this job was representing Northern every year at the Daytona 500 in support of the company’s sponsored stock car. In retirement, Tom spent 20-30 hours per week driving needy people to their medical appointments all over the Twin Cities. He also helped care for his elderly father for the last 3 years of Arnie’s life.

Tom’s kids, Christopher and Lizzie, were the center of his life. He was so proud of the young adults they became and cherished Saturday afternoon competitions of games, “bags” and watching football. His garage man-cave had a stockpile of Barbie dolls that a young Lizzie played with for hours in the man-cave, to be close to her Dad. Granddaughter Natalie discovered the treasured stash of Barbie dolls and the tradition continued. Tom’s five siblings surprised him with a Barbie-themed 70th birthday party at Axel’s in Mendota (a favorite family spot) in September, the last time they were all together.

Tom loved music, played the flute, and rode his bike all over the Minneapolis lake trails until shortly before he died. A kind, hard-working soul who loved Twins baseball and Viking football, he battled cancer ten years ago; it returned with a vengeance this fall, catching him and all off guard. After only four days in hospice care, Tom passed away. Tom was preceded in death by his parents, Arnie and Mickey and in November by his older brother, Tim. He is survived by his wife of 37 years, Dawn (nee Smolich), son Christopher and wife Priti (Eagan), daughter Lizzie and husband Derrick Lidstone (Plymouth) and his delight in life, 4-year-old granddaughter, Natalie; siblings Susan Bjerke (Scott) of Eagan; Mary Jacobson (Scot) of Cumming, Georgia; Janny Tansil (Mark) of Tucson, Arizona; Randy Gabrielson (Katey) of Lakeland, MN as well as many adoring nieces, nephews, uncles and aunts.

Tom donated his body to the U of MN Body Bequest program; a celebration of life will be held at a later date.

There are special people in our lives that never leave us, even after they are gone. Rest in peace, Tom. Heaven is richer with you there, but you are deeply missed by those you left behind.